I am in China, meaning "center of the world."

It has been quite the change from Japan to say the least.

I first flew into Shanghai (where I just transferred planes)and had my first "culture shock." I went into a convenience store at the airport. I literally couldn't believe the prices. I was convinced I had written down the wrong conversion rate, surely I could not buy a salad, a meal and tea for less than4 USD.....at an airport. I frantically asked as many foreigners I could find (there were 2) and even double checked the rate at one of the free computers which all confirmed the same rate. I think I'm going to like it here.

The second thing that I slightly overlooked is that I don't speak Chinese. Whowouldathought, right? No hao was the extent of my knowledge. Since then I have more than tripled my vocabulary with the addition of thank you, I don't speak Chinese, toilet (well, I cheat and say W.C.....but I'm still going to count it) and where am I?....I'm pretty much a natural. Mandarian: Piece. Of. Cake.

I am now in Zhangjiejia in the Hunan province (I flew to Changsha and took a bus here), staying in the National Park. This is where Avatar was filmed and it is definitely a fantasy world. I am constantly in awe of the impressive mountains that jut up from the earth; this place doesn't seam real. My calves are fatigued from hiking up and down mountains for 3 days, my camera is getting more use than it bargained for, my throat is sore from talking to people at hostels and I have seen more people than I have seen in my entire life. I avoided the crowds by hiking on hidden trails that always seemed to go straight up the mountains. These trails made the 200 steps near my apartment in Kure look like a joke....but completely worth it.

So.many.people. Pushing, yelling, tour groups galore, honking, trash everywhere, smelly tofu, loogie hawking....I am no longer in Japan. Although at first these things made me angry, I actually appreciate many aspects. They are real. They aren't pretending to be someone they aren't; if they want to do something they will do anything they can to make it happen. They are raised to be #1 or else they are a loser, there is no middle ground (as my new friend, who has lived here for 12 years, described it, "this is the most capitalistic communist country"). Sure, it is selfish to push everyone else out of the way (including children and the elderly) to get in the bus, but everyone is doing it and not one person gets angry or complains about it, which is quite spectacular. If you can't beat 'em, join 'em. Once I got past the initial frustration, I actually enjoyed it. Where's the satisfaction in waiting your turn? The loogies are a different story, it's just plain gross (they spit inside restaurants, busses, taxis and obviously the street). It is refreshing to see people taking walks in their pajamas and to not be surrounded by trendy fashion, to see them not living their lives in fear of rules and to hear uncontrollable gut laughs fill up the busses. I can wear my hiking shoes, yoga pants and a t-shirt without giving it a second thought....some refer to me as a fashionista (and by some I mean no one).

I've had some great meals and some alright meals, but who can complain when spending approx. 2 USD/meal? One thing is for sure, this is not Panda Express. I haven't ate any cats or dogs yet...fingers crossed.

I am in a more rural area so I think I am the first foreigner that many of them have ever seen and most can't comprehend that I am traveling alone (most of them are in a tour group with 25+ people so I'm pretty sure they think there is something wrong with me)...lots of head turns and double takes. In 5 days I have only met 4 Chinese people who can speak some form of English (beyond hello and ok...if they are really good they will tell me I'm beautiful then awkwardly stare at me for 2 straight minutes without looking away) but that doesn't stop them from saying hello at every chance that they get (and then laughing uncontrollably when I respond...awesome punchline, friends). In the first hour of entering the park, I was in over 20 photos taken by strangers....and it hasn't stopped since. Group photos with 50 people, me and grandma, family photos, holding babies, the list is endless; I should start campaigning for office.

This is my last day in the park and then I will take trains (18 hours; less than $25 ) to Yangshou in the province Guangxi. I went there in 2008 with my Semester at Sea "team Dogmeat" and fell in love. I am excited to be reunited with the beautiful mountains, the Li River and Gong Boa Jim Ding (an amazing chicken dish). 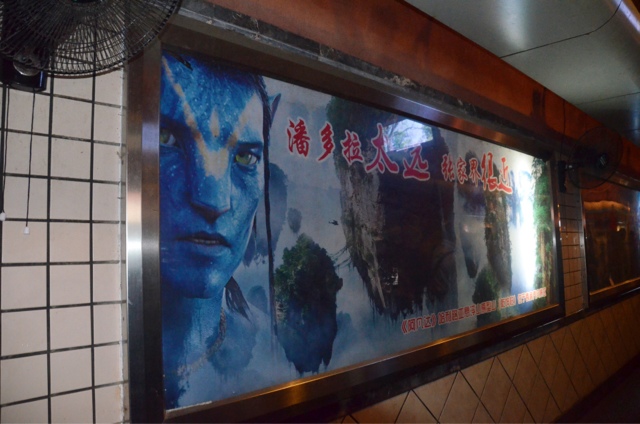 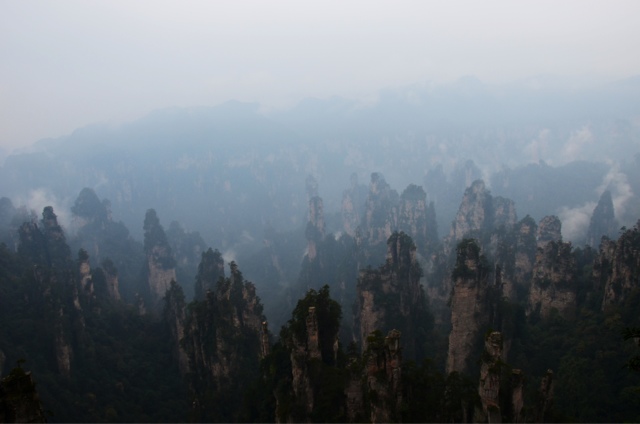 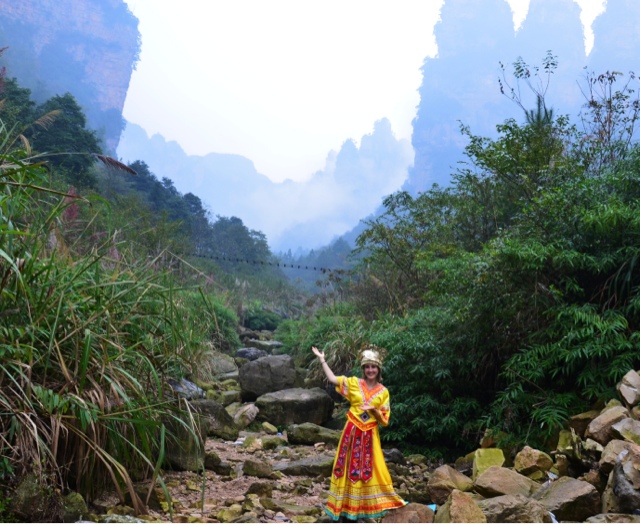 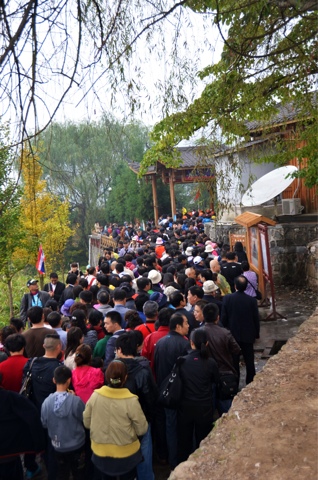