Males in bright orange robes can be casually seen just about everywhere in Luang Prabang.

Luang Prabang is renowned for the procession of monks who walk around the streets in a line at sunrise (Alms ceremony), collecting alms from the villagers, but mostly tourist that are looking for a photo op. Monks don’t receive monetary income, so they can’t buy food. They rely on others to feed them every day (people donate to increase their good karma). Everyday They get up at 4 am, meditate and then all the monks and the novice monks walk through the streets to collect alms (food). To show alliance with the Buddha, who ate only when necessary to emphasize the Middle Way, food is not eaten after noon-time. I got up before 6AM to witness this event. The conga line of one thousand monks varied in height from eight-year-old novices to old men, but all wore the same uniform: orange cloths, yellow sashes, bare feet. We knelt along the main roads on brightly covered carpet with baskets full of food; palm-sized packages of sticky rice wrapped up in banana leaf, rice crackers, ect. We placed them one-by-one in each monk’s copper bowl as he strode past, quietly bowing, without making eye contact. Although I didn't witness it first-hand, monks are said to take donated package out of their bowl and place it in the containers of village people in need. They give up their own food for the person in need. Talk about community.

Under 20 years the boys are novices but they can undergo a ceremony at 20 and become Monks (novices have only temporarily committed to monkshood and wrap their robes differently). Monks and Novices have no possessions except the few items that they carry in their bags. They study at school for free (they usually have access to education superior what they would otherwise have in their village) and learn about being Buddhists. Novices attend primary or secondary school during the day as well as Buddhist school and many also go to "college". When school is not in session, the monks will sometimes organize the novices to do construction like renovating old temples or doing other chores. In the evening, the boys attend "college" or are expected to study and meditate. Most of the young men in Laos spend at least one year as a Monk or Novice at some point in their lives and during this time they do not drink, smoke, eat after lunchtime, touch women, swear or have money or possessions.

Although they have a strict routine or working, praying and studying, they also get free time where they can do things like swim in the Mekong and just be normal teenage boys (see pic of them doing flips by the Mekong Delta below).

Their simplicity, self sacrifice and dedication to purity is highly commendable, especially in this age of instant gratification. 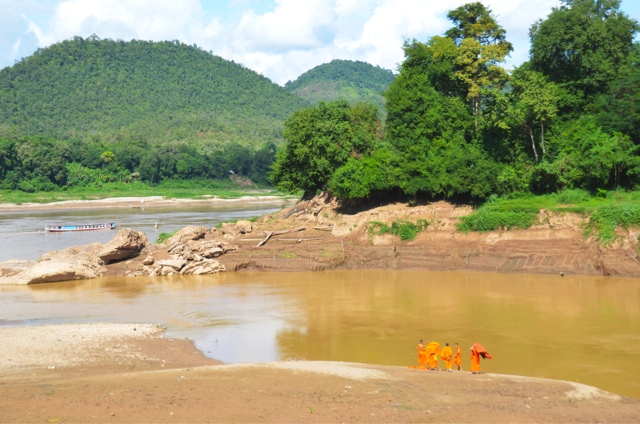 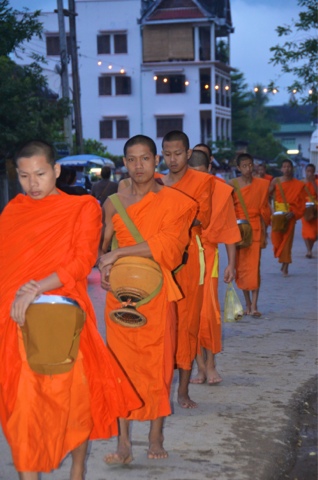 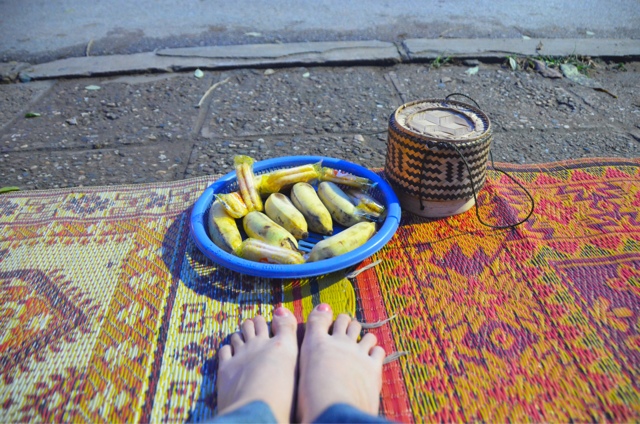 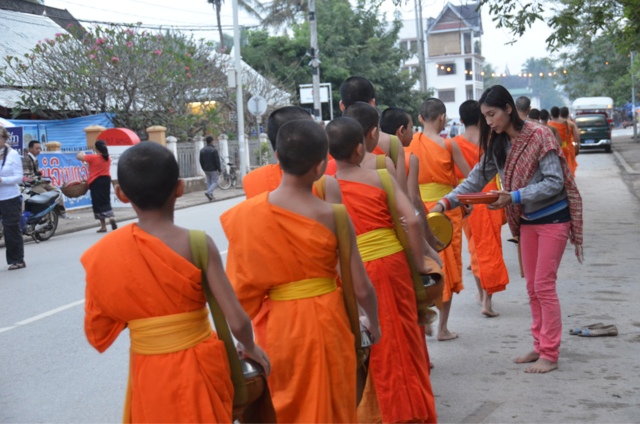 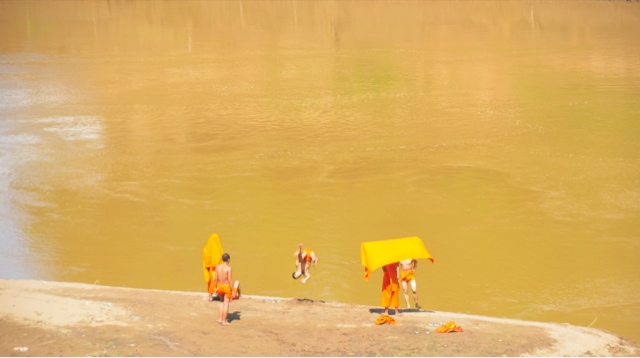 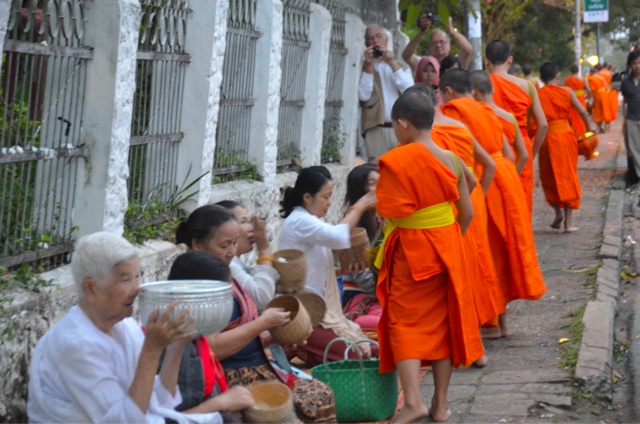 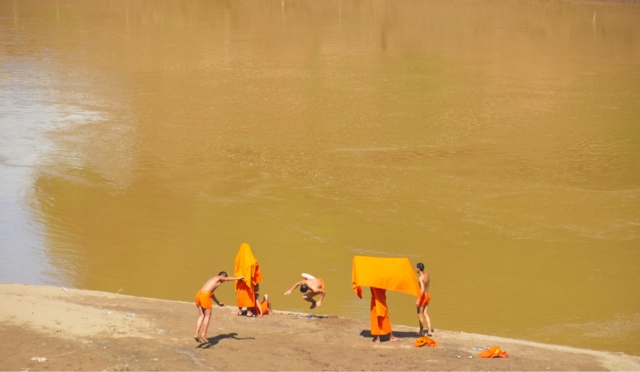