At the border of India and Pakistan (a side trip from Amritsar) is the " beating retreat" border ceremony performed by the security forces of India and Pakistan that happens every day before sunset. Yes, every single day the border comes alive with nationalist energy. This patriotic display lasts about an hour and has been going strong since 1959. The Wagah Border used to the the only road that linked India and Pakistan, until there was another opening in Kashmir in 1999.

The entire ceremony was like a flamboyantly gay hissy fit. It begun with soldiers marching towards the gate at the border, which was flung open when they reached it. The two soldiers approached each other, exchanged fierce looks, gave out mimicked threats, and tried to show each other who's boss. They shook hands and simultaneously lowered the Indian and Pakistani flags. The solders stomped about, with their feet nearly hitting their foreheads, and strutted their fabulous outfits. There was also a man who showed off by holding a single note for an extended period over and over again....that was a real crowd pleaser. Then, the flags were neatly folded and carried back into the respective camps. There was a final brisk handshake between the soldiers from both sides, after which not even a glance was exchanged. This was followed by the slammed closing of both the gates and blowing of trumpet to mark the end of the grand ceremony. The crowd then swarmed in toward the gate and cheered.

My friends from the temple and I happened to watch the ceremony on India's national day with thousands of Indians who came to cheer on their country. The crowds were able to watch the display from footballesque stadium seating. It took a while but I was eventually able to escape the groping masses of men and got a decent view in the stands....Go Broncos ....I mean, India! 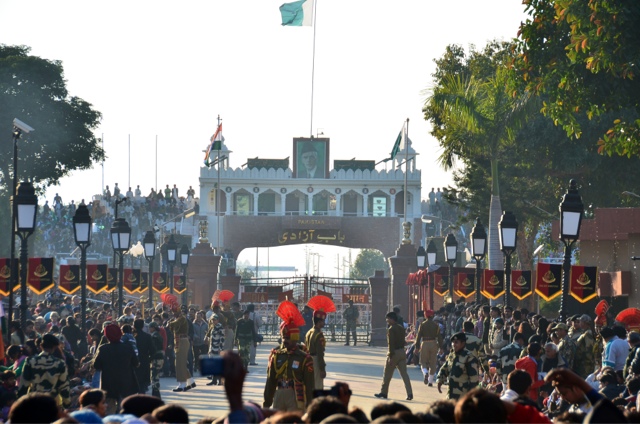 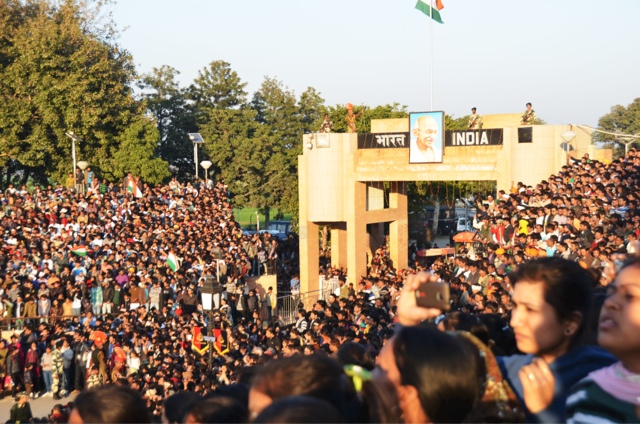 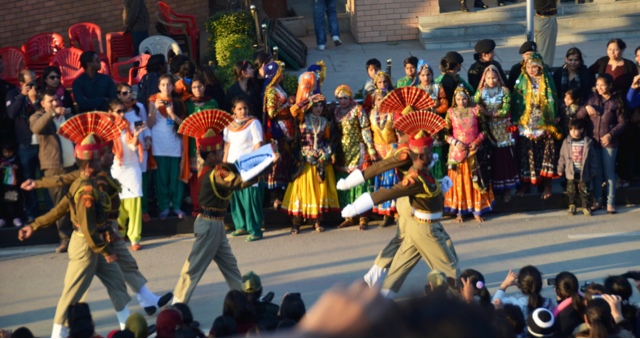 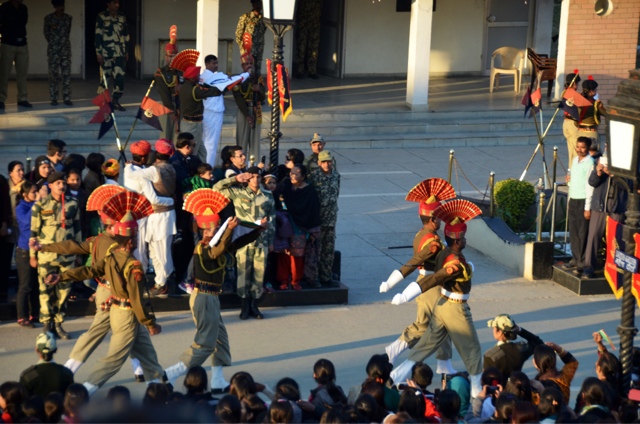 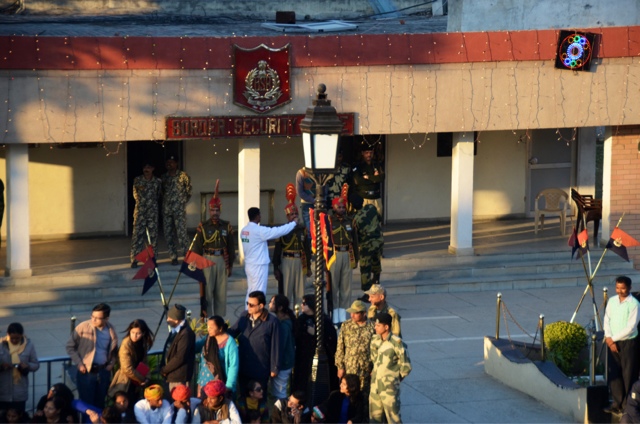 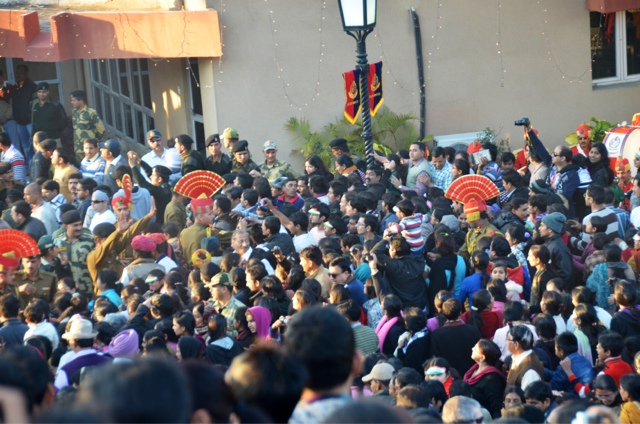 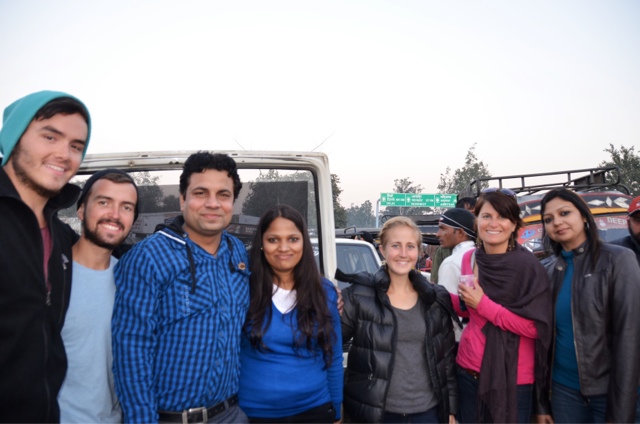