If Nepal was a family, Kathmandu would be the younger brother with a drug addiction and hygiene problem (that you can't help but love), Annapurna region would be the hippy dad who meditates on mountains tops, Everest region would be the rich grandma who drinks champagne for breakfast and Pokhara would the older sister who obviously shares genes with the others but is disproportionally trendy in comparison.

Pokhara is the 2nd largest city in Nepal, located in the NW, about 7 hours (by bus) from Kathmandu. The Seti Gandaki River has created several gorges and canyons in and around the whole city which gives intriguingly long sections of terrace features to the city and surrounding areas. From Sarangkot Hill you can see the magnificent Annapurna range with the river and rice terraces before it, Phewa lake on the other side, and a metropolis of buildings sandwiched in between. Besides walking to the top of Sanagkot, I didn't venture far from my hostel in lakeside, an area lined with cafes, bakeries, fake outdoor gear, travel agencies and fabric stores (usually yak wool).

From talking to fellow travelers I have realized that my experience in Pokhara isn't typical. Nearly everywhere I went people just wanted to talk. This made me very uncomfortable at first because I was just waiting until the end where they would switch to their ulterior motive....but there wasn't one. When I picked up my laundry, the couple who owned the laundromat talked to me for 2 hours then invited me over to dinner. Similarity, when I was interested in buying something at a store the salesman sat me down to discuss the price. He then invited a hilarious Chinese guy to join us and we ended up talking for more than 4 hours. At the end we all forgot why we were there in the first place and parted ways. My hostel owner was a jolly Nepali man who lives to make people happy. He told me that he saw American baked goods on TV and begged me to show him how to create them. I enthusiastically accepted his request and we had a bake-a-thon using Nepali substitutes. We made cheesecake brownies, peanut butter cookies, carrot cake with cream cheese frosting, oatmeal cookies, chocolate chip cookies and chocolate cake! My friends at my guesthouse (an animated French Canadian and an Irish woman, both over 40 years old) gave them excellent reviews.

On my last day, I decided to make like a bird and go paragliding (why not?)! After I woke up, I went into a travel agency. Ten minutes later, I was in a truck heading to Sarangkot hill with a terrified 20 year old Nepali guy waving goodbye to his family. My pilot was a Hungarian man with a dry sense of humor and a sunglass tan; his calm demeanor calmed my heartbeat before it had a chance to race. Aside from feeling a little nauseous, it was a beautiful experience; not only because of the view but because of the freedom riding the wind. 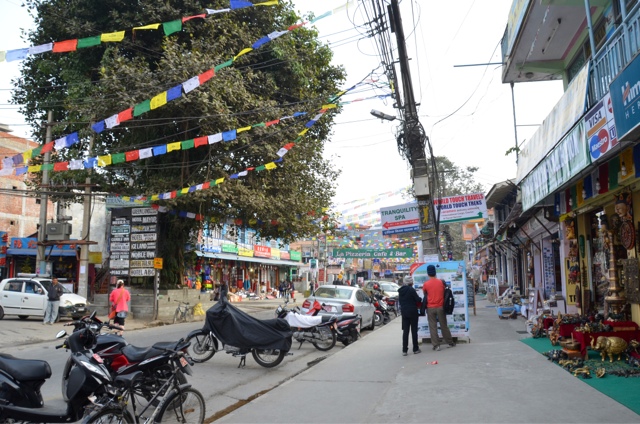 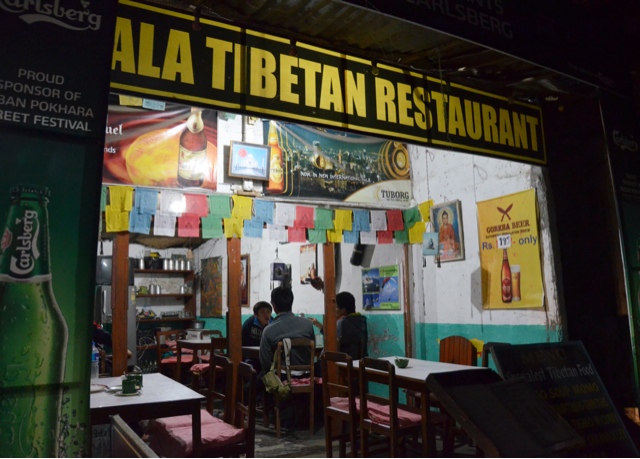 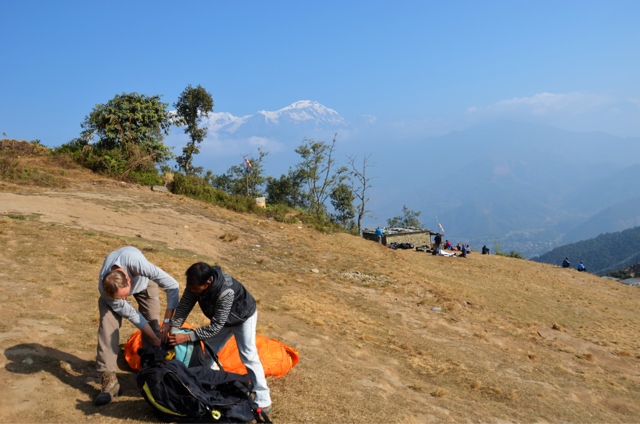 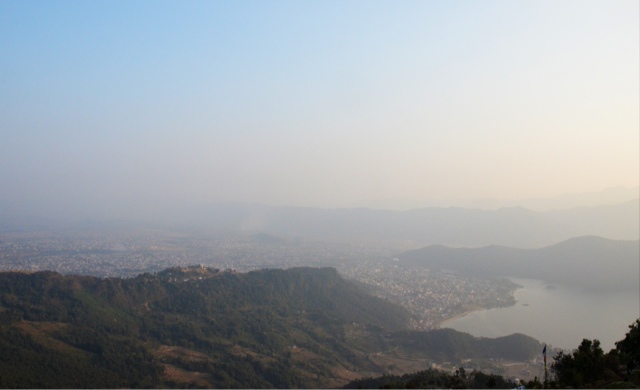