I thought it might be interesting to share some aspects of Indian culture/beliefs that I found interesting (again, please don't hold me to their accuracy).

Monkeys:
India’s monkeys are not behaving very much like gods these days. Normally, these rascals roam free in the streets and temples. Because they are associated with the Hindu deity, Hanuman, the monkey commander of the monkey army, they are highly respected. Hanuman represents devotion because he led his army to help Rama (an important Hindu god) recover his wife from the demon Ravana. The common belief in Hanuman has allowed them to go about their business unmolested, and many people leave fruit and other food out in public spaces for the monkeys, which encourages them to congregate. On the streets, they snatch food from people, pick pockets, and have even been known to ride public transport, drink alcohol and bite people. My friend made the mistake of leaving his balcony door open and after we shooed the monkey out, his room looked like a tornado had gone through it.

Kites:
India has a very ancient kite tradition. Brought to India by Chinese travelers, these diamond-shaped, tissue paper, and bamboo flying machines are used by just about every kid I saw, especially in Varanasi.

Bong lassi/marijuana:
I can't get a consensus on the legality of marijuana but I do know that it is commonly available and used (for both recreation and for religious rituals). Bong lassis are very popular among travelers; my hostel owner in Varanasi even provided the special beverage for my friends.

Wiping with hand:
Well, I'm here to tell you that, yes, Indians do wipe themselves with their hands. And, to be specific, their left hand, never their right. Toilet paper was never provided but what they did have was a faucet, so, it must be explained, they do use water with their hand when they wipe. When in Rome.....do like the Romans do; there is a reason that saying isn't "when in India." I am very content with hauling around my toilet paper supply.

Mutilation For Money:
While the poverty is real, begging is often carried out in organized gangs. Many of them are deliberately maimed or blinded (sometimes with acid) so they will get more sympathy when they beg. There are many child beggars who are not mutilated, but those with the worst injuries make the most money, earning up to ten times the amount that millions in India survive on each day. The children do not see any of their earnings. These are handed over to the gangmasters, and if a child does not make their target that day they are beaten and tortured. Almost all the child beggars are addicted to solvents, alcohol and charras. This helps the children to forget where they are, but it also helps the gangmasters to keep them under control. Maimed child beggars are terrified of speaking out because the gang masters have so much power (and the money they make covers any bribe that they would need to). As hard as it is to walk past people in such bad conditions I know that I am only encouraging begging as a profession.

Caste:
The origin of the caste system is in Hinduism, but it affects the whole Indian society. The caste system in the religious form is basically a simple division of society in which there are four hierarchical castes (Varnas) plus those so low that they are deemed untouchable. Not only are there castes, but sub-castes within them (Jats). Legally the government has banned the practice of the caste system and has even put affirmative discrimination in place. Each Varna has certain occupations, diet, duties, and rights. The highest Varna is of the Brahman (priests/educated), next is Kshatria (warriors/rulers/aristocrats), under them are the Vaisia (landlords/businessmen) and after them is the Sudra (peasants/working). Below these castes are the outcasts who are untouchable to the four castes. These untouchables worked in degrading jobs like cleaning, sewage etc. All the Jats accept that the Brahman Varna is the highest Varna in the hierarchy and the untouchables are outcasts and lowest in the hierarchy but there seems to be a hierarchy phenomenon within the Varnas I.e. there are some Brahman Jats that consider themselves superior to other Brahman Jats (it's a subjective hierarchy). Most marriages are within ones Jat (and the same community within the Jat) with the exception that the males can marry females from a lower Varna or Jat, but not vice versa. In general, the higher Jats are more strict about their dietary customs than the lower Jats and most Brahmans are vegetarians. They will not eat in lower Jats homes or even with lower Jats (because of this reason many restaurants hired Brahman cooks). Jat is determined by birth and it cannot be changed.


Hinduism:
Hinduism is the religion of the majority of people in India (about 80%) and Nepal. Unlike most other religions, Hinduism has no single founder, no single scripture, and no commonly agreed set of teachings. Hinduism is more of "a way of life" than structured religion. Although it is not easy to define Hinduism, it is rooted in India, most Hindus revere a body of texts as sacred scripture known as the Veda, and most Hindus draw on a common system of values known as dharma. Most Hindus believe in a Supreme God, whose qualities and forms are represented by the multitude of deities which emanate from him (Shiva, Ganesha, Vishnu) . All the gods in Hinduism are representations of one Supreme God. They believe that God manifests on earth for the salvation of infinite souls and is always present through the murtis, consecrated images of God. Each part (god) plays its own role though it is part of one supreme being. This was news to me because I had always viewed Hindusm as a polytheistic religion but all signs point to monotheism. Hindus believe that existence is a cycle of birth, death, and rebirth, governed by Karma. They also believe that the soul (atma) passes through a cycle of successive lives and its next incarnation is always dependent on how the previous life was lived until it attains moksha, similar to the Buddhist enlightenment (in my opinion it has inspired the social phenomenon of castes). Diwali, the Festival of Lights is the best known holy day. The main values are truth, compassion, non-violence, celibacy and purity (diet, thought and social interactions). 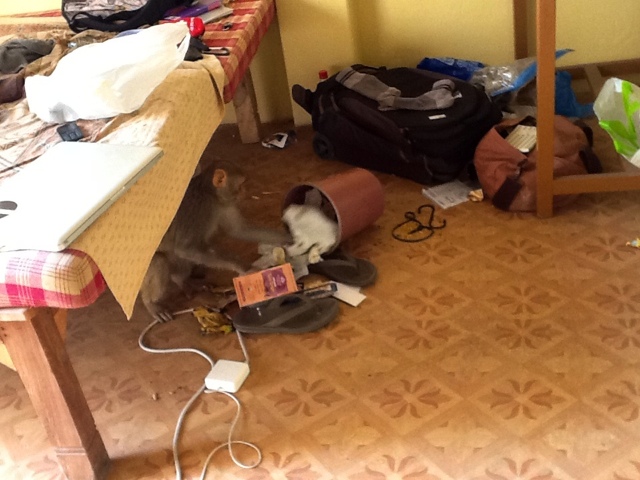 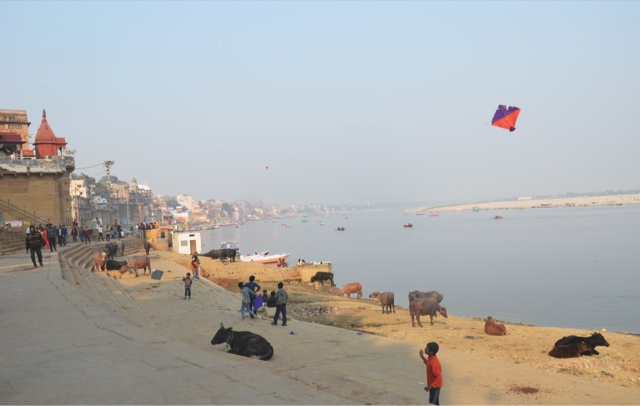 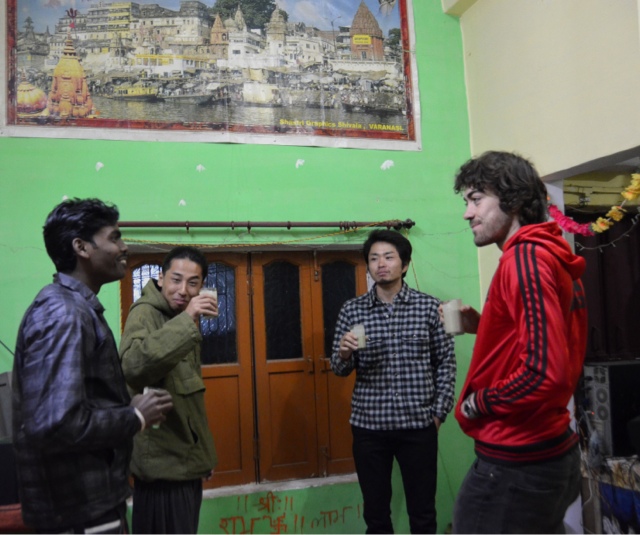