I will give you then low down on the train situation from Varanasi to Orchha. Although the thought of spending 13 hours in an unnatural yoga position in the unreserved section again was tempting, I decided to step up a class and reserve a bed in the sleeper class (4th in 5 classes). While I was getting cozy in my upper birth bed (looking like an Eskimo in my thick down jacket that only showed my eyes), I couldn't help but notice a man a few beds down, about my age, staring at me. I blocked my face from his view behind the ceiling fan but that didn't phase him. We played a peek-a-boo type game for a while and then he finally gave up. At about 3AM I was woken up by something touching my feet. My initial reaction was to shoo the mouse away, but it was no rodent. I found the staring man sitting on someone else's bed, stretched out across the aisle, only inches from my feet. I sat up, gave him the best "son, I'm very disappointed in you" face, scooted my feet away from him and laid back down, hoping to embarrass him enough to leave. That, of course, didn't work and he woke me up again. Dazed from lack of sleep and understanding of what was going on, I looked him in the face and repeatedly said "NO!" He interpreted this as "I want you" and made hand and eyebrow gestures. I swatted him away like a fly and he let me be. Instead of feeling threatened, I actually felt sorry for the poor socially challenged creeper. How desperate do you have to be to touch the feet of a sleeping stranger that has done nothing but avoid you? I did keep my pepper spray within reach just in case but luckily I didn't feel the need to use it. 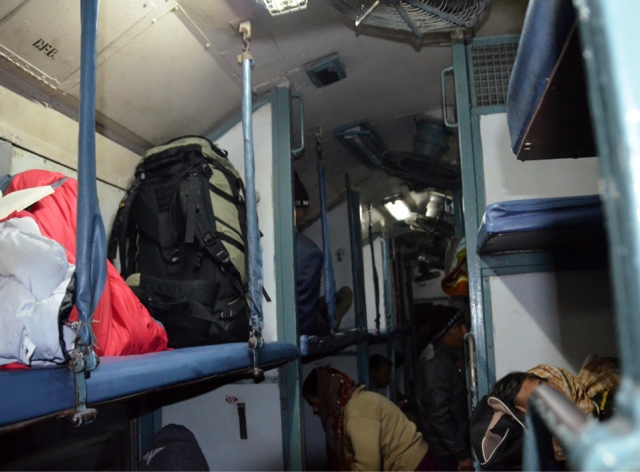 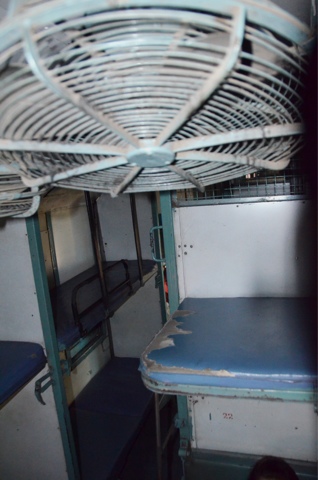