The hump, long ears and bushy tail distinguish the Indian cow. Cows are EVERYWHERE! Because the cow is respected as a sacred animal to the Hindus, it's allowed to roam unharmed. They act as litter vacuums and they are pretty used to the traffic and the rhythm of the city. Instead of being viewed as walking hamburgers, in India, the cow is believed to be a symbol of the earth (it gives so much yet asks nothing in return). Cows form the core of religious sacrifices, for without clarified liquid butter, which is produced from cow's milk, no sacrifice can be performed. The cow acts as a surrogate mother by nourishing people with milk even though she hasn't given birth to us. So the cow is truly the mother of the world. From the ancient age in India, people have been drinking cow’s milk, rather than the milk of other animals and it just so happens to be the healthiest. Fittingly, selling beef is banned in many Indian cities.

I will now take a moment to talk about poop. The respect and regard paid to cows in India is well known, but the importance to rural Indians of the dung and urine of this sacred animal is often overlooked. Cow dung is used as a cooking fuel, sanitizing cleanser, construction material, insulation, waterproofing for walls and floors in rural houses, a cultural symbol in religious worship, fertilizer, and an electricity generator. I often saw people preparing cow chips (hundreds upon hundreds) to be sold and/or put to good use. The urine of cows is considered an elixir of life and is used as a natural remedy for liver and heart conditions as well as for enhancing mental and physical strength and increasing longevity. The urine of a cow is said to balance bile, mucous, and airs, which cause disease when they aren't in balance. Even the ash formed from the burning of dung as a fuel can be used as a cleaning agent for household utensils or used as a fertilizer. Like the Native Americans used every part of the buffalo, Indians have made sure cow waste is not, well, wasted. 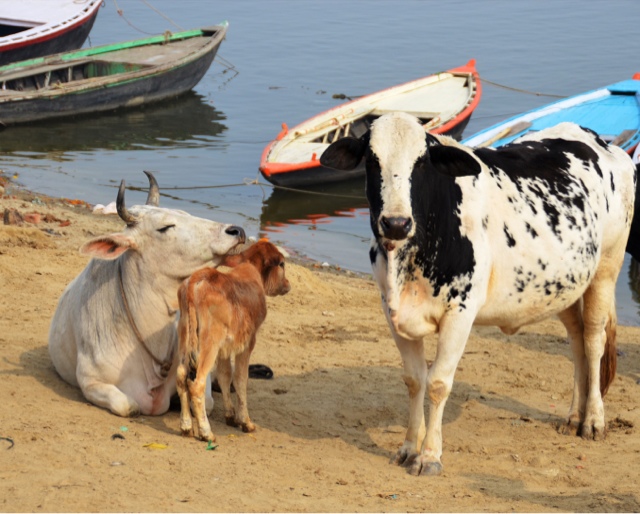 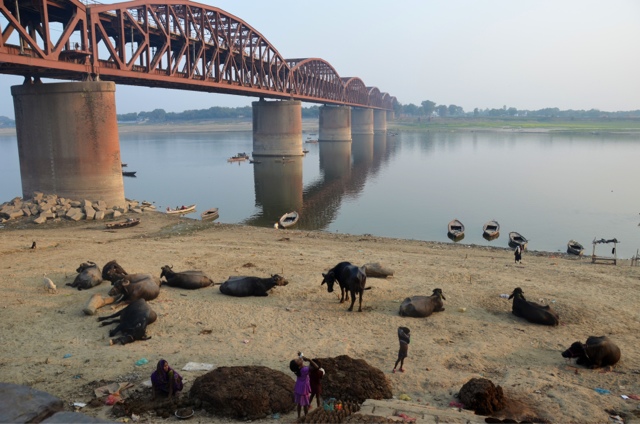 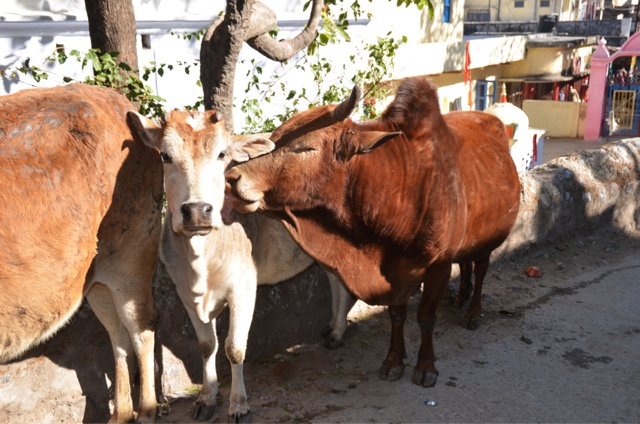