India 8; Agra; All You Need Is Love and Photo-bombing

You can't go to India without seeing the Taj Mahal. Well, I guess you can but it's not recommended. Going beyond just an impressive building is the love story behind it. This marble tomb was built by the Mughal Shah Jahan for his favorite wife (yes, not just wife, but favorite wife), Empress Mumtaz Mahal. When she died in 1631 A.D. he was grief stricken and what better way to cope than building a world wonder, right? The Emperor was buried by her side. I don't want to get mushy here but can you get more romantic than that? I mean this is Shakespeare caliber. You have to wonder what the Empress was like to inspire such a marvel.

Honestly, not to be arrogant, but I'm usually not too impressed by architecture. Temples and ancient building are all fine and good but I go there, look at them, and leave with nothing more than a few pictures. The Taj Mahal was different. I was blown away. As I walked through the arch at sunrise leading to my first view of the tomb I got goosebumps. The closer I got, the more it knocked my socks off (literally and figuratively...I was barefoot). I can't even begin to describe the details in each flower or how massive it really is. I was simply flabbergasted the entire time. And if that wasn't enough, the tourists made it even better. Families and tour groups trickled in that mourning, giving me excellent people watching material. Everyone wanted their picture taken touching the pinnacle (yea, yea, I did it too) and other creative poses. I could spend all day watching them (and I nearly did).

Later that day, while I was on a mission to find food, I unexpectedly ran into Hamlet (whom I had met in Varanasi). We went to Agra Fort (and then back to the Taj for sunset together. I got bored at Agra Fort and started photo bombing. If you are unfamiliar with this pastime, photobombing is when you jump in strangers photos, ruining (or "bombing") their photo. If you are really good you are able to do this without the "victim" noticing until they flip through their pictures later. Hamlet and I are not at this level yet but we did sneak in a few good ones. When I saw groups composing it was my cue. I even sneaked in a couple jump-moose ear combo family photo bombs in that I am particularly proud of. The problem with doing this in India is that they actually want me in their pictures. Once caught, they would then have me pose with each member in a variety of locations; I think it was my punishment. Yes, just like China, it is hard for me to finish a meal or walk 15 minutes without an Indian pulling out their handy dandy camera phone and capturing their memory with the strange foreigner. My celebrity status has been revived.

The afternoon visit to the Taj was completely different than the sunrise one. For starters, there were about 100 times more people. Early birds might not get a worm but they do get the Taj to themselves. This meant 100 times more people watching and photo bombing opportunities! Furthermore, they were mostly locals. I should also mention the entrance fee difference; 750 rupees for foreigners and a whopping 20 rupees for locals (all day). Lastly, the colors. The morning fog created an eerie atmosphere whereas the setting sun casted a bright orange light on the marble structure. Both were equally impressive.

"Only let this one tear drop,
This Taj Mahal glistens spotlessly bright
On the cheek of time for ever and ever..........
- Oh king, you sought to harm time
With the magic of beauty and weave of garland
That would blend formless death with deathless form.........
This mausoleum stands still and unmoving in its place
Here in this dusty earth,
It keeps death tenderly covered in the shrewd of memory"
~Rabindranath Tagore 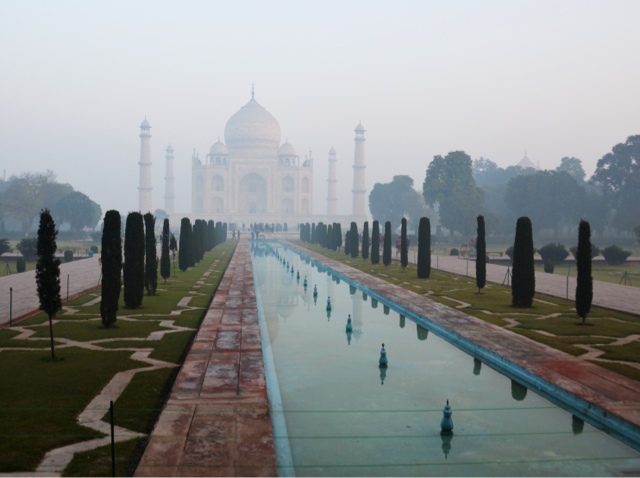 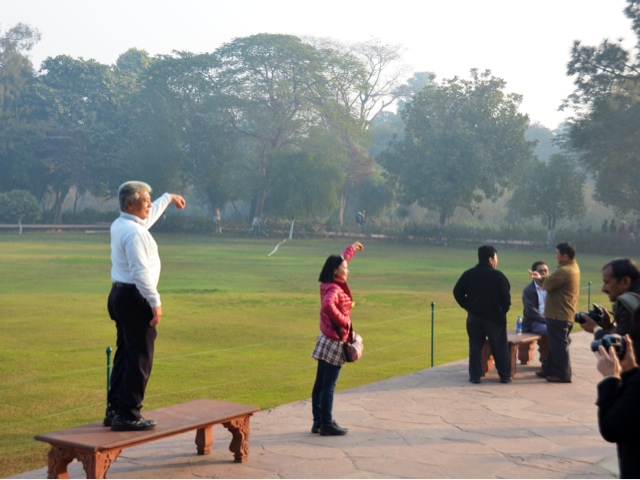 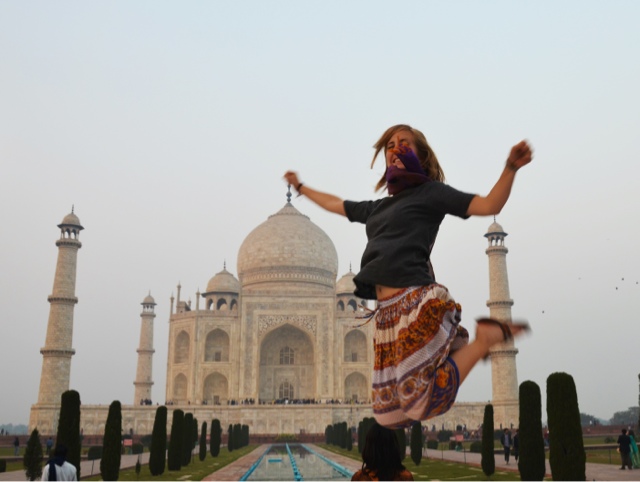 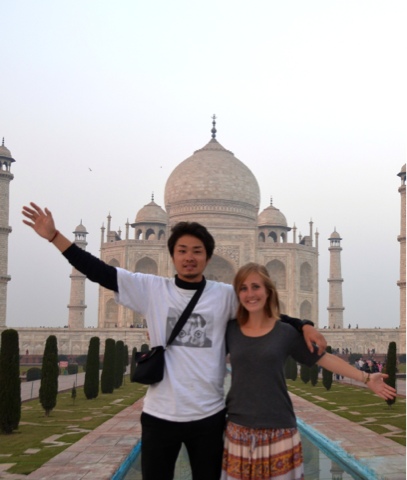 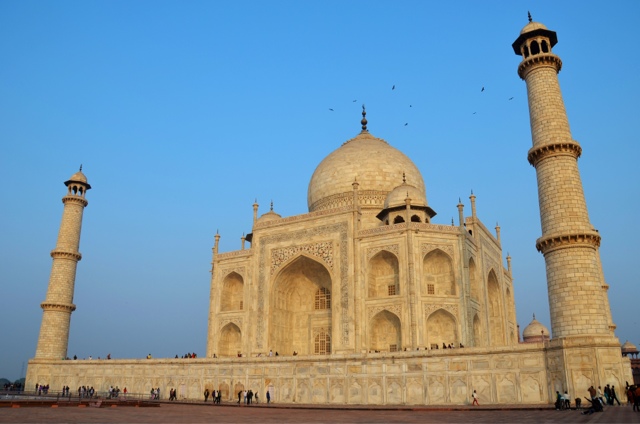 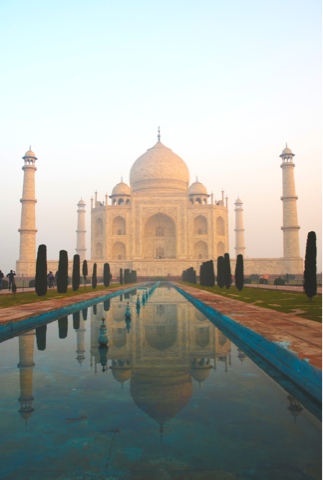 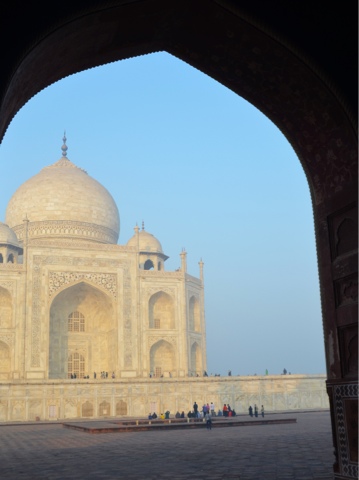 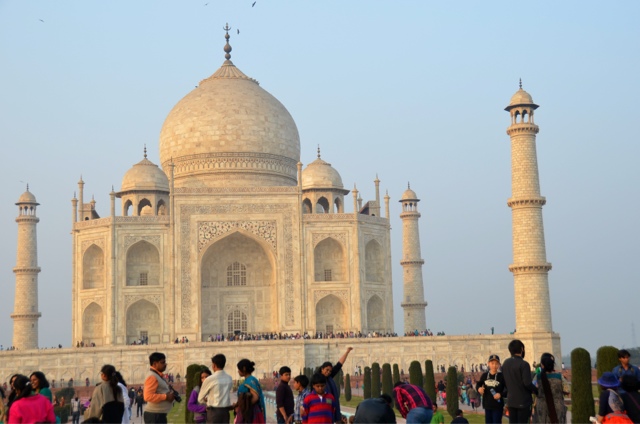