My second go at Buenos Aires was much different than the first. I had two main missions: do something about my infection and find a dress for Kelsey's wedding. I has only half successful, but I accomplished the most important thing. You thought I was going to say I found a dress, didn't you? Wrong, I guess sun dresses aren't in high demand in autumn.

I got several major outbreaks while I was in the trek (and my initial sore was filling with puss again) and my scared-o-dometer was at an all time high... also, ouch. One inch puss volcanos aren't the most comfortable things. I got up early to make it to the hospital my hostel recommended to get a good number. Everyone else must have had the same brilliant idea because about 70 other people were crowding the waiting room when I arrived at 8:00. I went to the reception to ask for a number and this is when things went downhill. She rifled off a series of questions that I didn't understand in the slightest....like absolutely nothing. She was more than peeved with my blank look, I think that was the wrong answer. I just wanted a number...quiero un numero por favor (my plan was to point and show the doctor the prior notes). Yes, my Spanish is that of a 2 year olds (if we're being generous) but this was plain ridiculous. I looked for someone in the room to translate but the best of their combined efforts didn't get us anywhere except a room full of laughing Argentinians that felt bad for me. By the time they fetched a doctor that could almost form an English sentence I was on the break of tears. I told her I just wanted a number, she handed me one and then I ran out of the room to let my panic attack take its course. Why was this so difficult? Needing medical attention is no fun but needing medical attention for a mystery infection in a foreign country where you don't speak the language and nothing seems to be working...yeah. I calmed down enough to start breathing again and a plump man who I imagine stays up to 2 AM playing video games every night came over to me. He used what little English he knew to make me feel better. I reacted completely inappropriate and started laughing harder than I was crying, which caught him off guard. How hilarious was this...I was a blonde foreigner outside a hospital crying because I couldn't communicate while others were getting tested for STDs...things could be so much worse. I saw the doctor, (she was extremely patient with me) she took a puss sample, and gave me some new antibiotics, third times a charm, right...

I thought the best thing to do after leaving a hospital was to go to the dead so I went to a cemetery, Ricoletta cemetery to be exact. I saw a lot of graves of people who were probably really important. Lots of statues of men with beards and fancy houses for the honorable deceased. Some of the memorials were so fancy I could probably live in them.

I finished up with a night and morning run around Puerto Madero, gosh do I love that run. 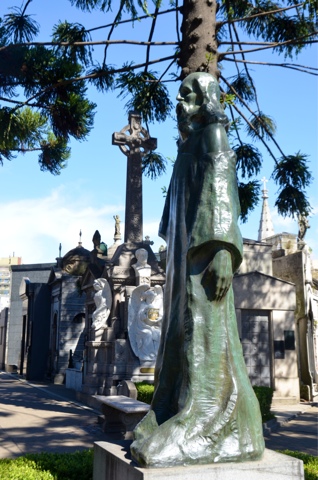 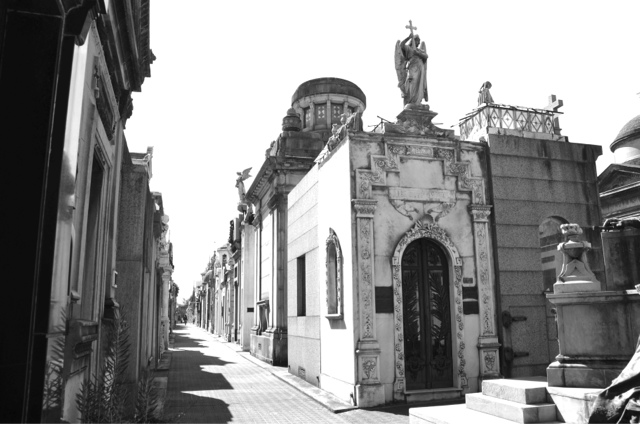 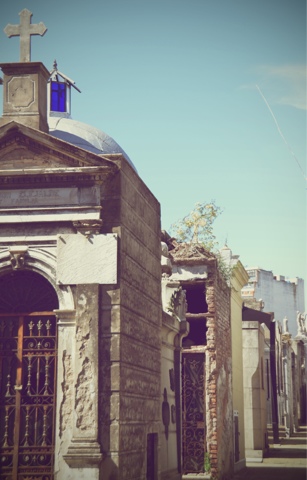 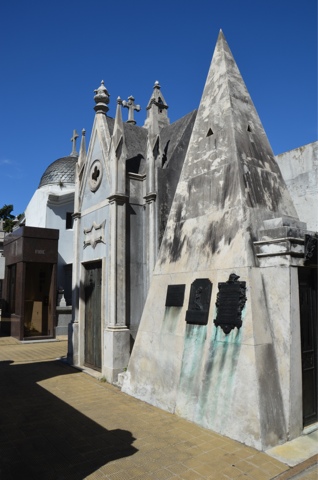