Ever since I decided to venture to S America Torres del Paine has been the apple of my eye or carne of my empanada if you will.

We arrived in Puerto Natales in Chile and was greeted by a persistent woman in a Tinkerbell sweatshirt trying to bring us to her casa. We went with our gut and looked elsewhere but who were we kidding, we are a sucker for strange owners with cheap beds (it was literally her house). Once I saw her husband and his perfectly swooped hair that hasn't moved since the 40's it was a done deal. We really have a knack for finding these places.

Puerto Natales is a port town in Chile full of old houses and stores catered to trekkers. It is also the jumping off point for the Torres del Paine trek. We spent our first afternoon letting the wind guide us on a tour around town and the second day buying food, renting gear and attending the infamous information session at the hostel Erratic Rock.

Peanut butter. This heavenly substance deserves, at the very least, a paragraph of its own. Americans know how great it truly is; peanut butter and jelly sandwiches are sack lunch staples and who didn't treasure those Reese's in their Halloween bag (one Reese's is roughly equivalent to 200 tootsie rolls)? It can make a meal, it can be a dessert and my personal favorite is trekking power. Packed with energy and deliciousness, it is the perfect boost to any impoverished hiker. Rumor had it that it couldn't be found south of El Bolson so when I found it sitting next to the dulce de leche at the local supermarcado I was floored. I could have sworn I heard Chilean angels sing. I took this as a clear sign of greatness to come. Also, if anyone wants to live in Chile and retire in 2 years open a shop in Patagonia selling nothing but peanut putter and dried fruits; you will make a killing, guaranteed. It's time for the rest of the world to embrace mantiquilla de mani goshdarnit!

B Burt is a virgin to camping and doesn't have the best track record for being able to tough out the cold so we were initially planning in doing the shorter 5 day "W" trek. After the peanut butter incident, several puppy faces and non-subtle hints that the longer 8 day circuit (which includes the "W") would be much better, B Burt caved; the circuit it is. I didn't realize how much camping isn't common sense until I saw B Burt pack. Panic had taken full force and he asked me about every little thing right down to if Chapstick was necessary. Being raised camping since before I could walk I was utterly confused by his packing breakdowns. When I saw him piling his white jeans and khaki shorts into a cardboard box (intended to fit into his backpack) I knew it was going to be a long night.

The most economical option for renting equipment was surly from our hostel owners. It was apparent they hadn't checked the equipment once returned. The first tent they tried to rent to us had a broken pole with a stick duct-taped to it to make it longer; creative, but completely unusable. I couldn't stop laughing about what it would be like if we had taken that tent and discovered the alterations in the park. The second tent had a missing corner. No problema; he just sewed on another one. My sleeping bag was twice as big and heavy as the average bag and half as warm, but think of all the money I saved (sarcasm). By late evening we had stuffed eight days worth of food, sleeping bags, pads, the tent, stove, pots and clothes into our packs and were ready for the adventure to begin. Torres del Paine, we mean business! 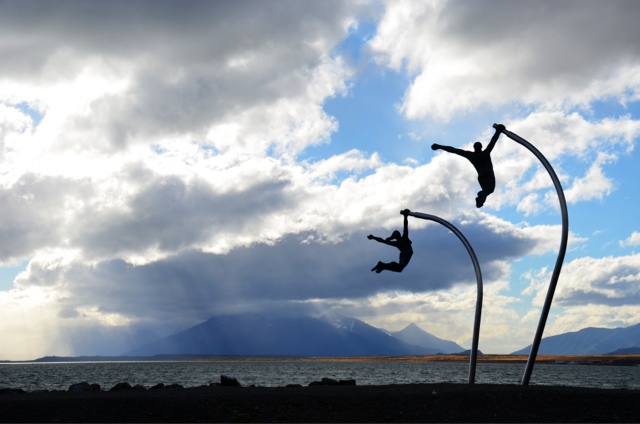 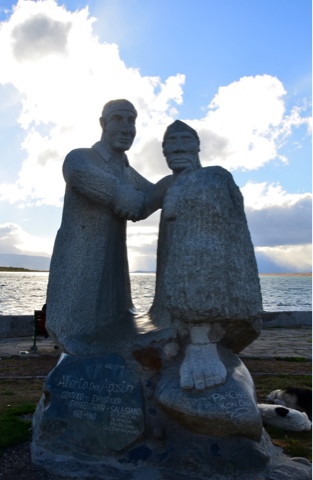 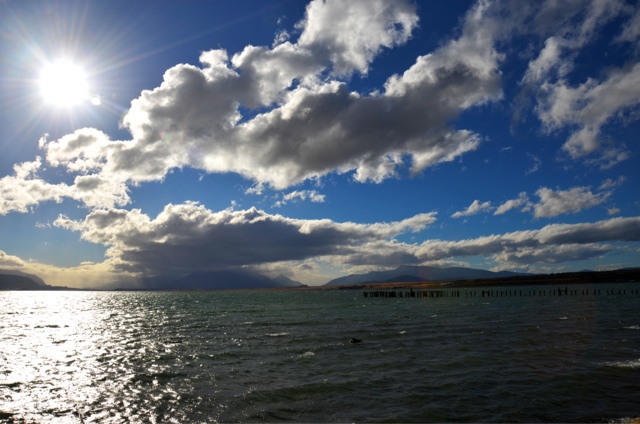 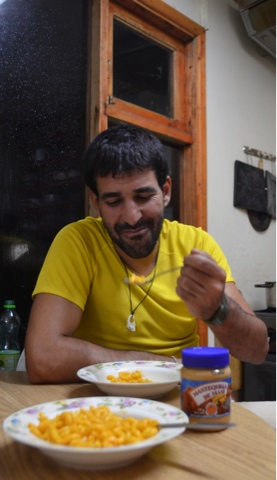 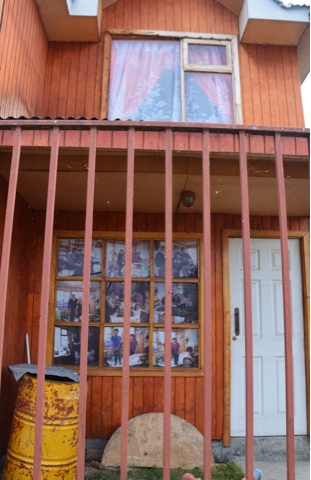 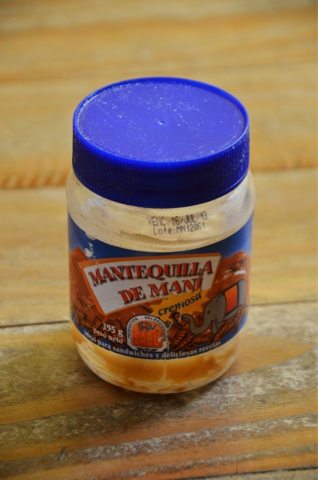 Email ThisBlogThis!Share to TwitterShare to FacebookShare to Pinterest
Labels: Chile