I took an 11 hour night train from Nanning to Kunming (in the Yunnan province). I don't know if it's because I look like an 18 year old lost girl traveling by herself and people feel sorry for me but people have consistently gone out of their way to help me. While I was in the train I was talking to a Chinese man about where I was heading next. Then, without hesitation, he offered to drive me from the train station to the bus station. Not understanding the motive if his generous offer, I was automatically on the defense and politely refused. As we were walking out of the station I ran into a Spanish man (the only other non Asian), who asked us for directions, and the Chinese man offered him a ride to his hostel. The Spanish man's normal profession is a policeman in Barcelona so I felt safe having him as my body guard, if need be. The Chinese man turned out to be a genuinely considerate man and wouldn't even accept the mandarin orange I had in my purse as compensation. I then caught my 6 hour bus to Yuanyang without any trouble.

One thing I've noticed in China is that most people at a train or bus station seems to carry an extremely large bag (they are usually old, white, plastic bags that look like they should hold rice). Sometimes the bags cluck, sometimes they quack and other times they just lay there looking like a big old bag. Another thing is that there doesn't seem to be any social limitations on speaking volume. The man that sat next to me on the bus was an archetype of both categories. His bag looked like he had 2 children worth of rice inside and he didn't seem to care who's toes got crushed by the child rice. He also had a cell phone and let me tell you, he knew how to use it. He must have talked to everyone in his contacts plus a few random dials. That man could talk. On the 6 + hour bus ride I don't think he put down his phone once; I was very impressed by his popularity...and ringtones. Once I got to my hostel I took a much needed shower and had the first meal I'd had in 24 hours (besides the neglected mandarin orange that was in my purse) with a Belgium couple.

For Halloween I decided to be cold. I think I played the part pretty well. My frozen toes and rosy cheeks almost looked natural (oh wait, they were)....I even added seeing my breath in case I wasn't convincing enough. The only bad thing about my costume was that everyone around me seemed to be dressed up as the same thing...shucks, better luck next year.

The next morning I woke up to see the "sunrise" in the village I stayed at. I'm sure the sun did actually rise, but because of the thick fog, I wouldn't have known the difference. Dick (pronounced Deek), a Chinese man staying in my room, also got up to see the sunrise (on the roof of our hostel) but when I got back to the hostel he wasn't in our room. At about 11:00, 3 1/2 hours after the sun had actually risen, he came down to the lobby flustered. It turns out the guy, bless his heart, had waited for the sun to rise for 4 hours....ha ha...oh Dick.

The clouds finally cleared and I set off walking to along the road to see the rice terraces with my French friend (he is cycling around the world). Our eyes feasted themselves on the biggest rice terraces in the world....we were impressed to say the least. At one of the viewing stations I met a Chinese-American man who had lived in Palisade, Colorado. Yes, a man that I met in a village in China has lived in my home town (technically the valley of my home town)....saying "it's a small world" doesn't do that coincidence justice. He is molecular plant pathologist employed by the USDA and was doing research on rice and disease prevention (caused mostly by fungus, bugs and harsh winters). Led by a village-woman and her twin daughters, we ventured down the terraces to collect samples (I just provided moral support). Both scientists were very personable and interesting men who were passionate about their field of study and loved sharing their research with me.

When we got to a resting point on the hill the other scientist handed one of the twin girls a tissue to wipe up the snot dropping down her face. She politely took the tissue and used it. Seconds after, the other girl looked directly at the him and blew the biggest farmer's snot I've ever witnessed. Her point was made.

While the biologists were collecting samples, I stood back and observed the villagers doing labor; even kids and women would carry 50 kg loads up the steep hill. The 2nd scientist came over to me and said, "Look at their faces. They have such a good life." What he said really hit me. From a distance they looked like they had a grueling life full of hard labor and poverty, a life that I feel blessed not to have. But then I looked at their faces...really looked. They were happy in the fullest sense of the word. They get to spend all day with their family and friends, work at their own pace (they would constantly take breaks to talk, nap or play (the kids)), they get a sense of accomplishment every day, they are self-sufficient, fit, and their minds aren't polluted with pop-culture or materialism. Life is simple. Another thing that I found interesting was their clothing. The woman's garb was quite elaborate with many layers and colors. Besides the basics of covering her body there was no functional value in her clothing, it just made her "feel beautiful" (a rough translation of her answer). I guess no matter where we live or how "simple" our lives are, we, as women, still have a deep desire to feel beautiful.

The following day I watched the sunrise with my French friend in our hostels village then roamed aimlessly though villages and rice fields. I didn't have any "sights" I needed to see or things I was scared I would miss out on, I just walked until I didn't want to anymore. Buffaloes, chickens, roosters, hogs, dogs freely roamed the streets and rice terraces blanketed the hills. I watched the villagers tending to the fields and doing construction and I tried to imagine what they were thinking about as they worked. No one was listening to music and I doubt they were thinking about posting a facebook status to show others how awesome they were or what country they are going to travel to on their next vacation....they were just being. I came back to my hostel and was invited to have dinner with the employees (2 of the 5 were villagers from the biggest minority in the region, Hani), who I had become friends with over the past few days. After I was stuffed with rice, vegetables and chicken liver I went to see the sunset. I started to play with a few Hani kids from the village in the plaza and then their dad invited 2 others and I to his home to have dinner. Second dinner, why not? The only English the man knew was "follow me," "cheers," and "help yourself." Through very basic translations from the other 2 guests (both Chinese) I learned about his life. He was only a year older than me, yet I couldn't picture myself in his shoes. His parents fed his 2 children and tended to the fire in their modest 2 room house while we ate food that had all been grown/raised within a 5 min. walk from his house. It was a great day.

The next morning I caught a 6 hour bus from the nearest town, Xingjie Zhen, to Hekou, crossed the border into Vietnam (Lao Cai) and found a hotel in Sapa (I decided to spoil myself with a $8 single room). I spotted a bearded man at a restaurant, trusted his judgement, and consumed the delicious Vietnamese food I had been waiting for. 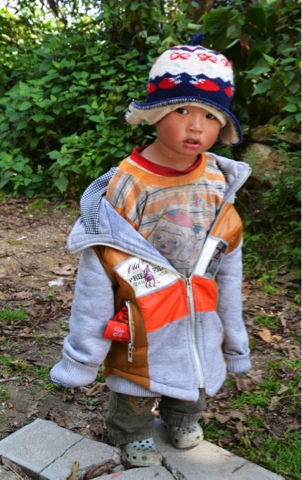 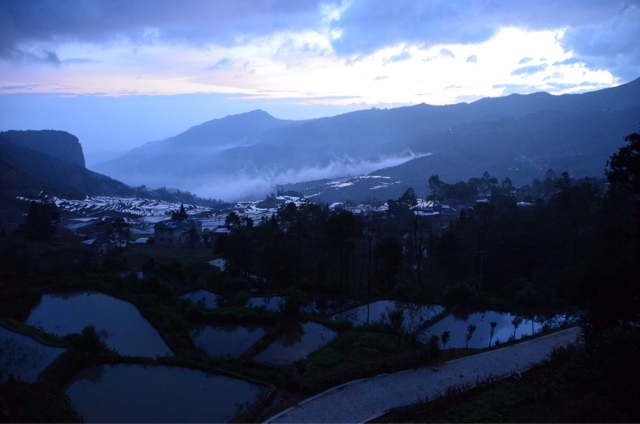 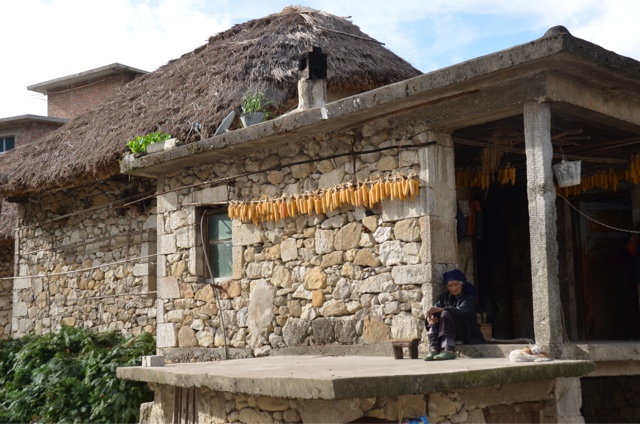 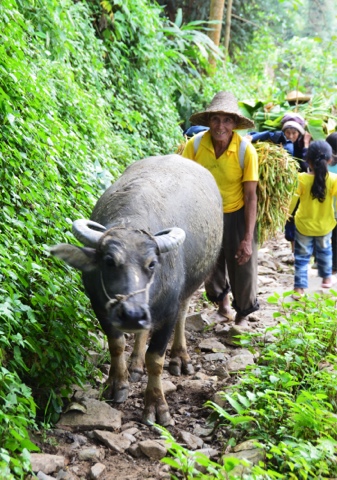 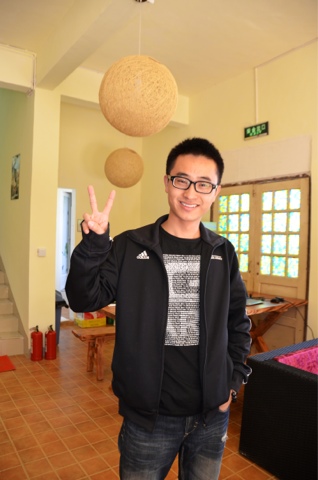 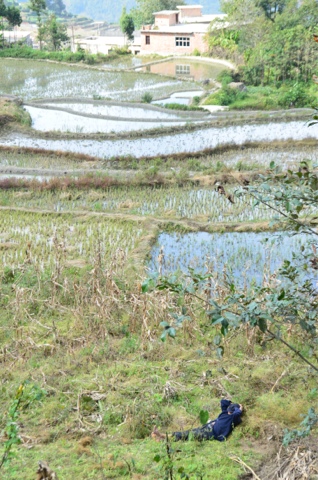 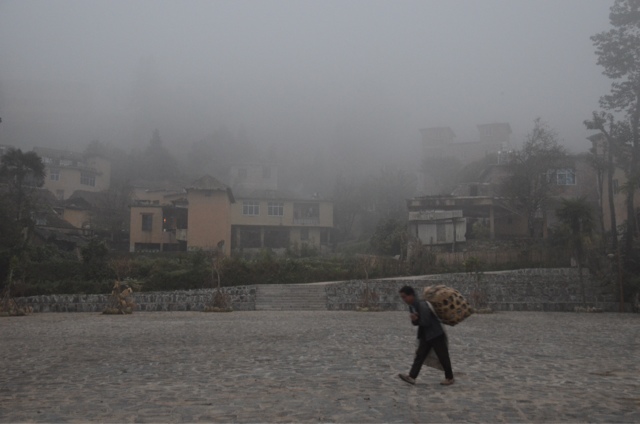 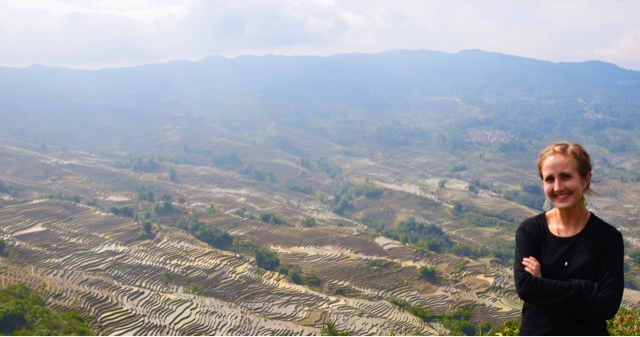 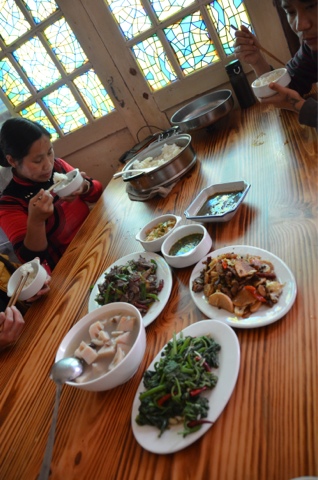 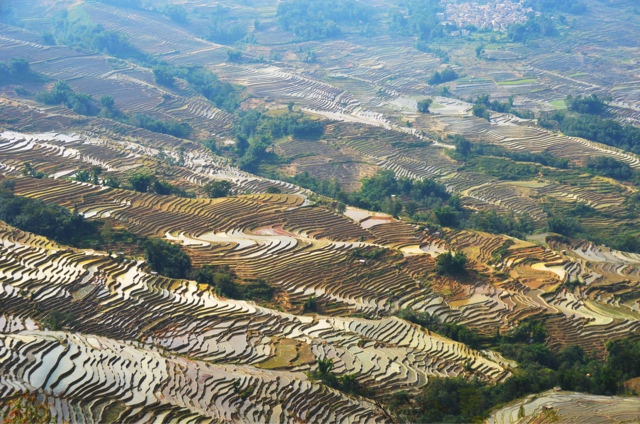 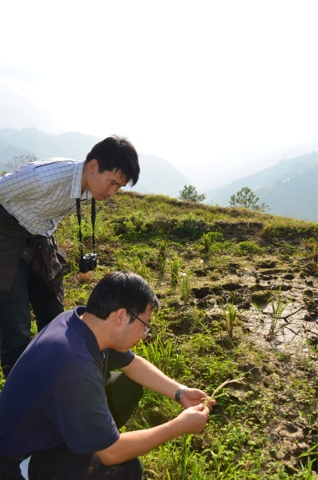 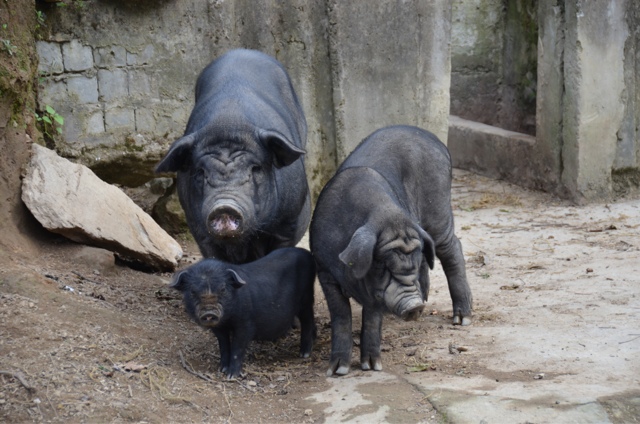 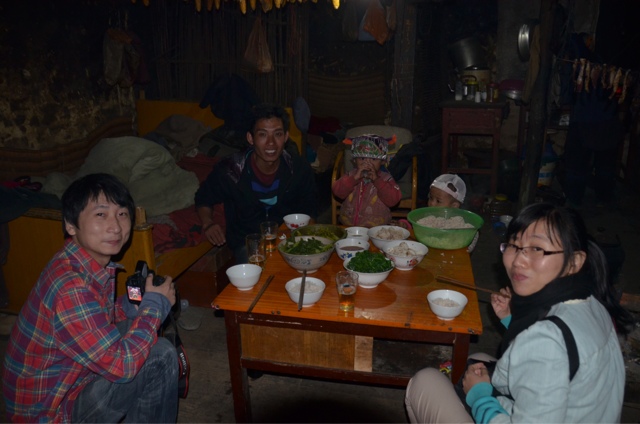 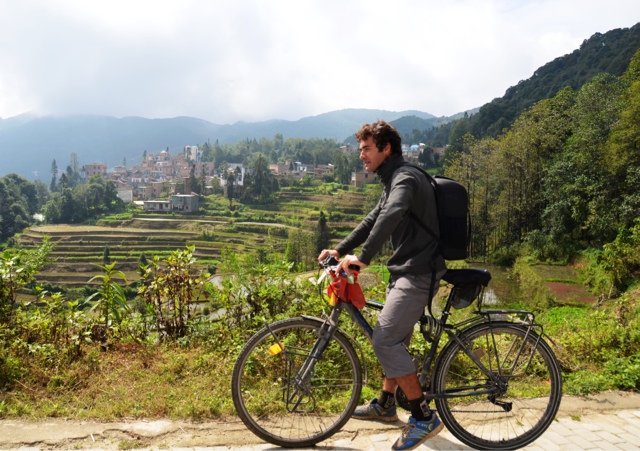 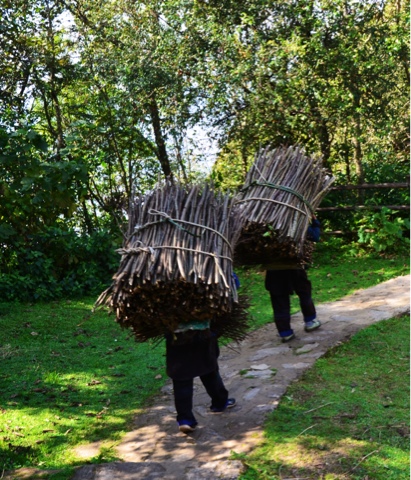 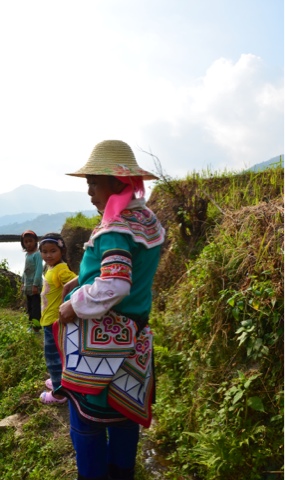