Despite the rainy weather forecast, Barcelona Burt and I decided to go on a 3 day trek and home-stay in the local villages. I don't know the difference between hiking and trekking but trekking sounds more intense so I will continue to side with SE Asia on this one and tell people I went trekking (I will even go so far to say I'm a Star Treki Trekker).

Barcelona Burt is the perfect travel companion. He says yes to everything I suggest before I finish my sentence and he is one of those rare type of people who are funny without trying. The combination of his dry sense of humor, accent, and facial expressions could put even Ben Stein into a fit of laughter. He breaks just about everything in his path, thinks nothing is worse than China and could probably live on mangos and meat.

My group was composed of 2 girls from Holland, Barcelona Burt, our guide (a 17 year old girl from the Hmong minority) and I. The first day we trekked from Sapa to the villages of Cat Cat And Lao Chai and spent the night in Ta Van.

Along the way our tour guide stopped at her aunt and uncle's house to show us her wedding video. It was probably the most awkward thing I have ever seen. The mustard yellow hint and cheesy footage made it look like a low budget film from the 60's. Here is her story from what I can gather:
1) a guy came to her village
2) she fell in love with said guy in her village and followed him to China where they would get married
3) loverboy sold her to a friend of a friend of a friend
4) at first she wasn't too keen on him but he had a sweet TV and room so she went along with the marriage (that his family paid for)
5) she stayed with him in Beijing for 7 months (he didn't have a job when she was there) and now apparently they are in love
6) she had to come back to Vietnam because of visa issues so now they are waiting until they have enough money so she can go back and live in China with him.
7) he is now working but she has no idea what he does, "he has a job, I don't know what it is. Maybe at a hotel or something. It's a normal job, you know?"

Anywho, we watched him pick her up, them awkwardly kiss, them walk around a playground (I think the intention was to be romantic but it didn't come through too well) and his family eat (while she stayed upstairs starving because she didn't know his family) while she embarrassingly giggled and commented. Very little smiling. It would best be described as the fist middle school dance where they are touching each other at arms length, sporadic attempts at eye contact, and one-stepping from left to right while all the parents and teachers watch and take pictures of them.

The trek was foggy are slightly erie in a beautiful kind of way. We stopped at a school and watched the kids play duck duck goose, I used all my self control to not join. Women from the village would walk with us, engaging in basic conversation and prevent us from eating it in the mud by holding our hands. B Burt, of course, was a lost cause, slipping every 5 minutes. When we got to a stopping point, the villagers wanted us to buy something from them. They saved me from taking several mud baths so they had definitely earned my business.

That night we added a Swiss guy and Polish gal to our group, ate dinner prepared at the home we were staying at and headed to a bar in the village for some mulled wine and card games (with some Italians and Canadians as well). The home was far from what we pictured as a homestay. It had more than 10 beds in the loft and was obviously made for tourists. It was nice, regardless.

The next day the clouds finally lifted and we visited Giang Ta Chai and Su Pan villages and spent the night in Ban Ho.

After lunch, our guide had to go home on the count of girl cramps (although I'm pretty sure she didn't know what those were, she just knew she hurt every month and guys didn't) and the Dutch girls headed back to Sapa. Barcelona Burt and I continued on to Ban Ho and stayed with a 10-pack of Europeans, expanded our waistline at dinner, and drank some "happy water" with the girls. We hit it off with a Dutch guy I will call "Amsterdam Eat More" (he was the main cause of us eating just short of the point of explosion). He is one of those people who you feel like you've know for years after only a few moments. He chuckles at just about everything (but mostly himself), must have about 3 stomachs (but doesn't show it), and keeps a journal.

Oh, Obama won. I heard the news of my country's president from a German girl while in a remote village then toasted with a bunch of Europeans and Vietnamese girls...cheers to globalization!

The last day of the tour B Burt, Amsterdam Eat More, our guides and I trsined for the circus by walking on the tightrope-esque edges of the rice fields and eventually to a waterfall. B Burt, our guide and I then marched straight up the mountain and headed back to Sapa to take much needed showers.

One puking Canadian, 1-2 pee breaks and 12 hours later B Burt and I arrived in Hanoi via sleeper bus. 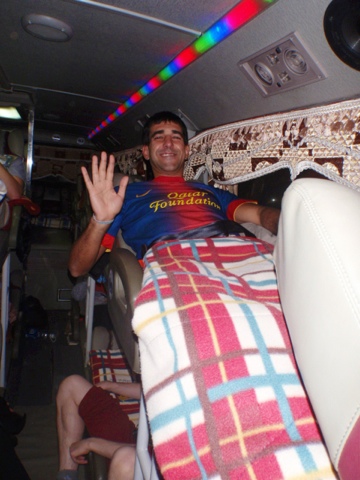 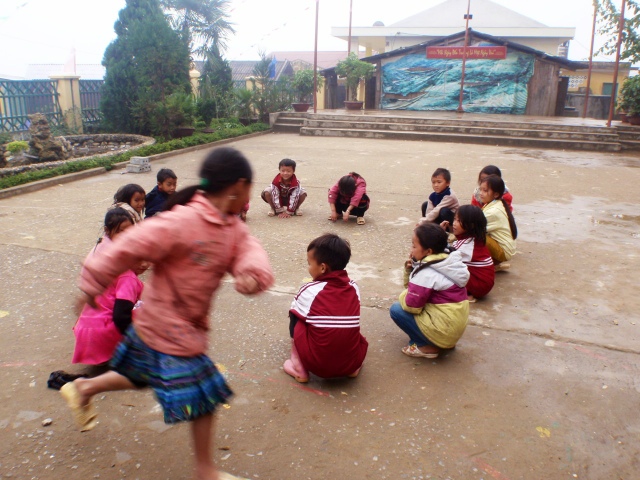 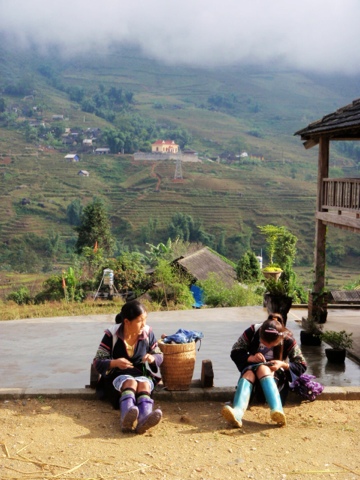 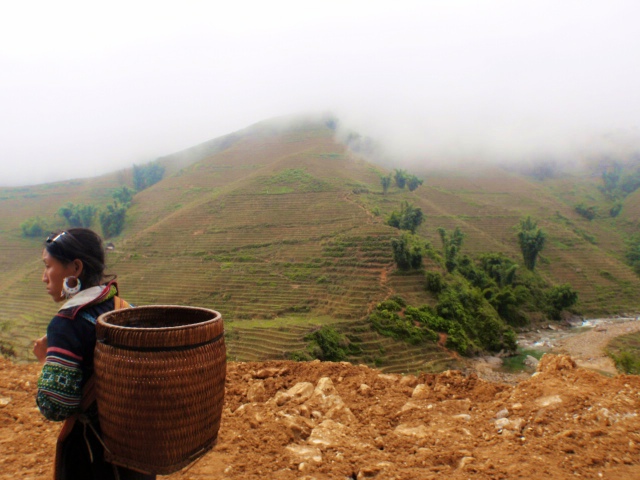 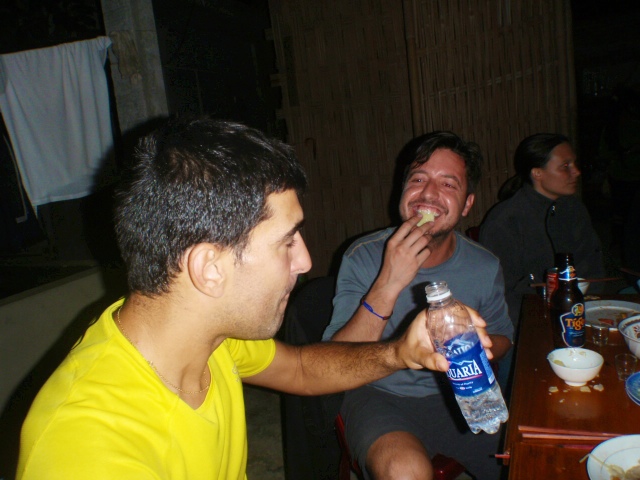 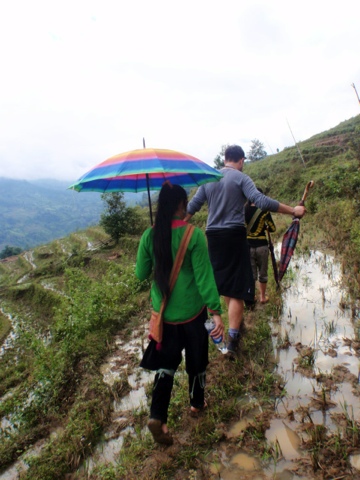 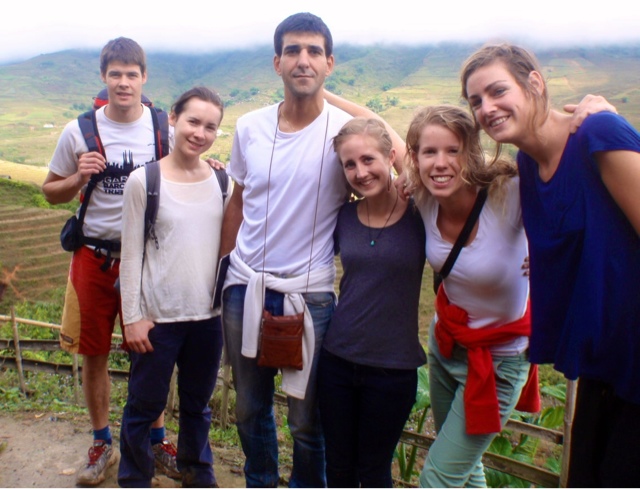 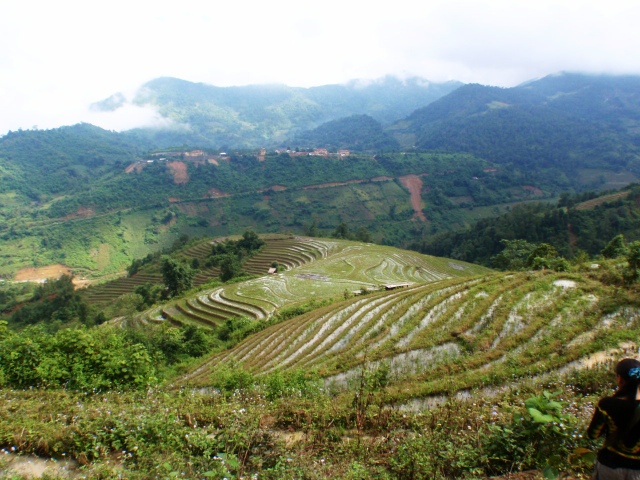 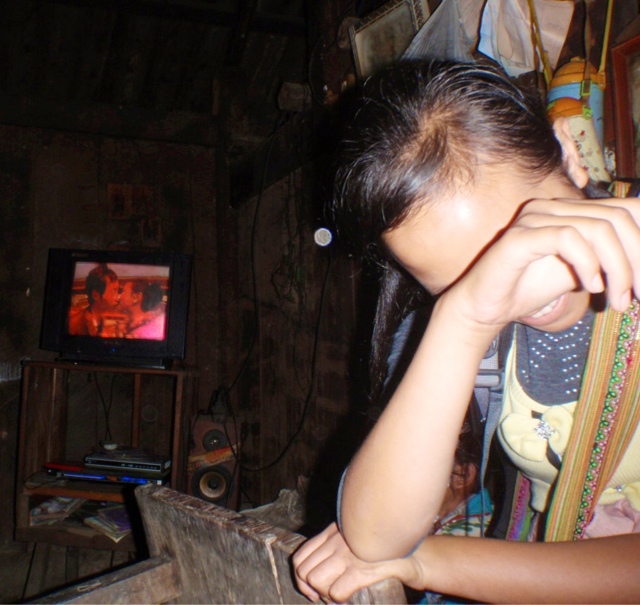 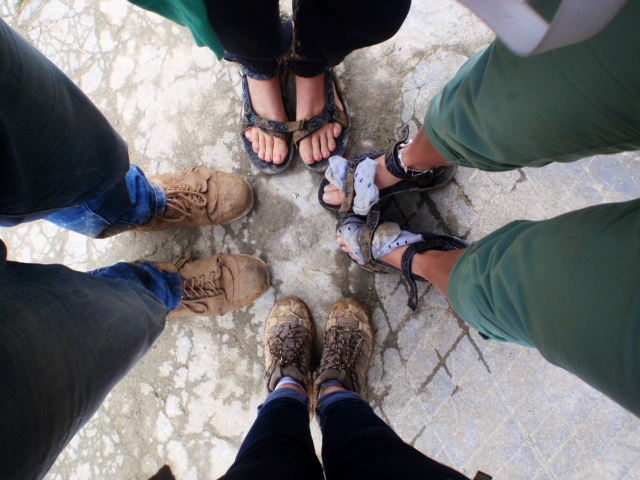 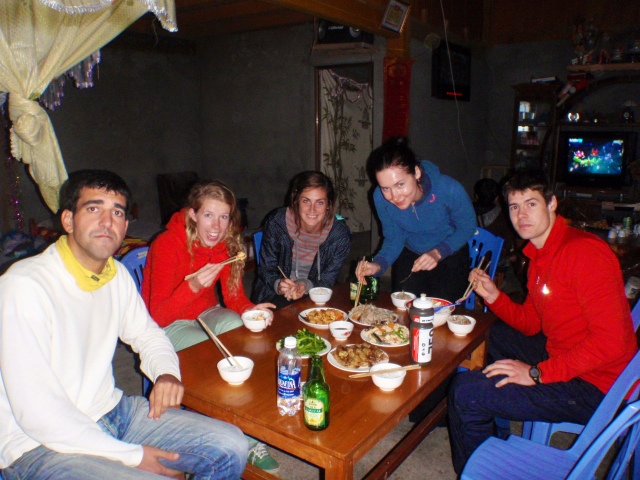 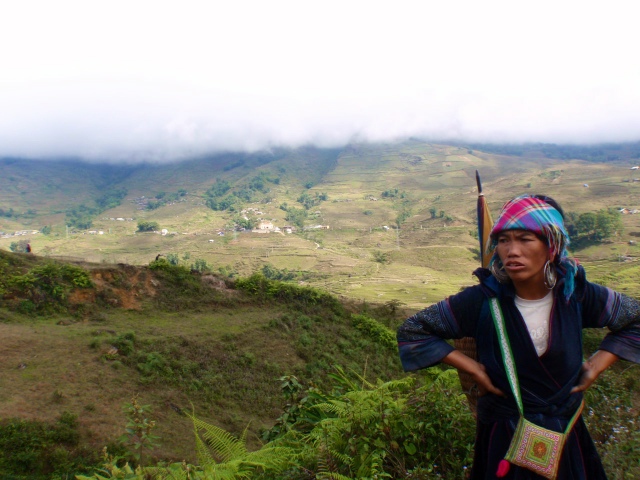 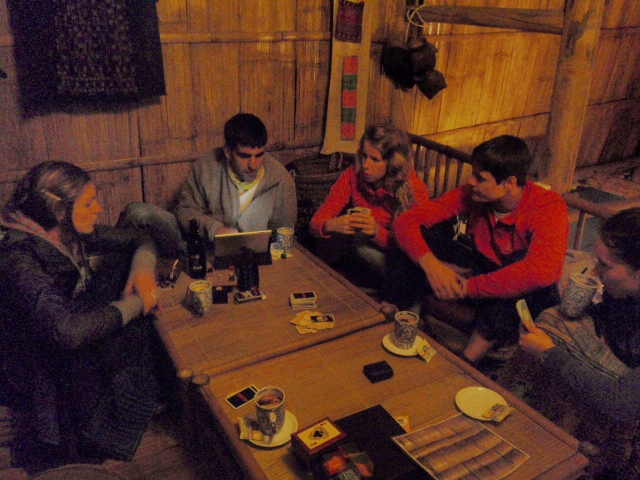 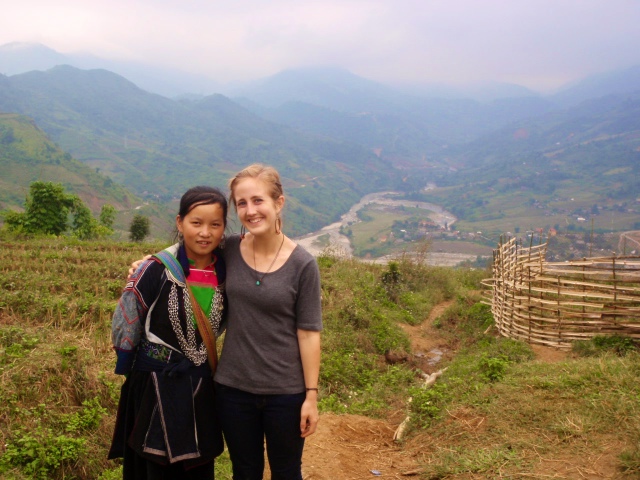 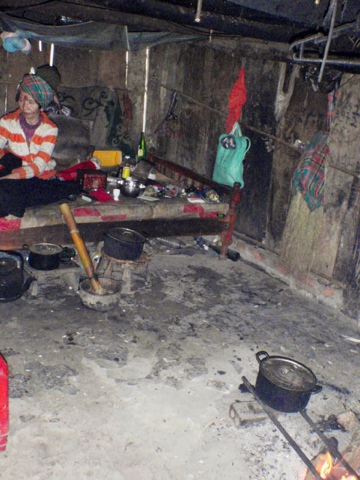 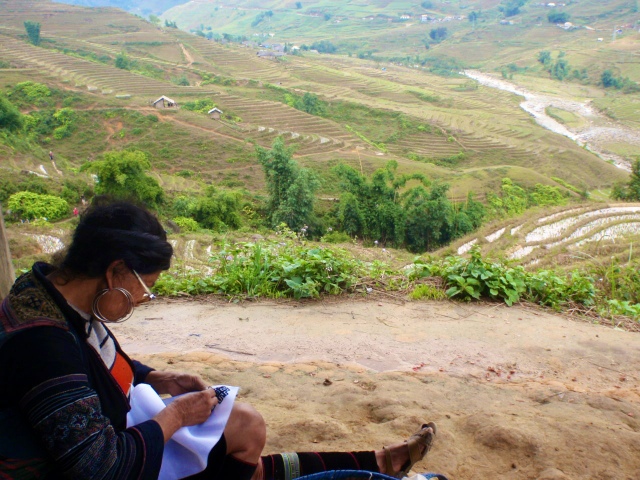 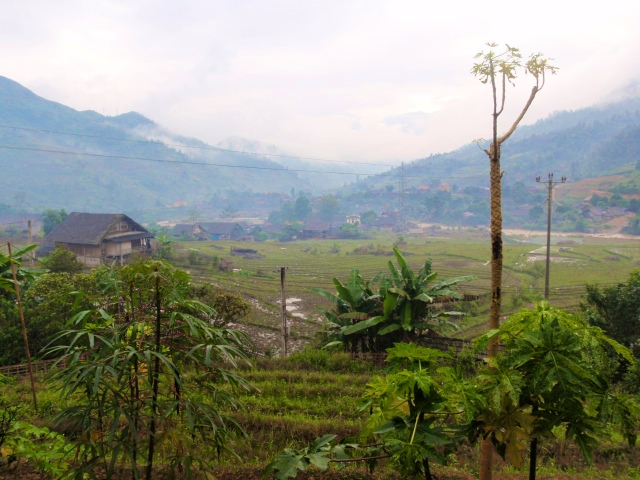