Magical is the best word that I can think of to describe what I experienced on November 24th. Tangled's got nothing on this Chiang Mai's Yee Peng festival. The Yee peng and Loy Krathong are 2 celebrations held during the same week (during the full moon of the 2nd month of the lunar calendar); the Yee Peng is when the sky lanterns are released and Loy Krathong is a 3 day festival where bamboo candle rafts are floated down the river and there s a parade in the city. Both consist of massive amounts of fireworks.

It is believed that launching one of these balloons can send a person’s bad luck and misfortune away into the air, especially if it disappears from view before the fire goes out. Often people will say a short prayer before launching the balloon. Sometimes they will also place their address in the balloon, or write it on the outside. Anyone who later finds the balloon can then claim money from the sender. In this way the good fortune is shared.

When I arrived I bought a lantern but after trying to move through the crowd at a rate of an inch/5 min. with fragile tissue paper attached to a metal ring, I decided that someone else would benefit from it much more than me so I gave it away. I then proceeded to pull a spiderman and climb up a 20 foot pole so I could get a bird's eye view of the festivities. I don't mean to brag but this was a brilliant idea. Thousands of sky lanterns were released simultaneously, filling the sky with man made stars. Music, chanting and explosions of fireworks continued throughout the night. Some say that this tradition was created by Hindu Brahmans and the Buddhists altered it to fit their own beliefs.We also solved the old age question of how many people can fit inside a songtaew (red taxi trucks). Answer:at least22.

In northernThailand there are four different kinds of illuminated lantern or Khom. They are made of paper, but often contain a bamboo cylinder inside it to protect the paper from the heat of the candle. Firstly, there is the Khom Theua or carrying lantern. The citizens will carry this lantern with them on the Loy Kratong parade. Later it will be taken to the temple and used to decorate the temple buildings. Secondly there is the Khom Kwaen (hanging lantern), which is offered to pay respects to the Buddha. They are made in four shapes: the star, the alms bowl, the basket and the wheel. Thirdly, there is the Khom Paad. This one revolves on a vertical axis, the heat from the candle spinning a wheel. This circular shaped lantern will often feature the twelve signs of the horoscope. This type of lantern can only be placed within the temple gates. Finally, there is the famous Khom Loy, my personal favorite. This lantern is actually a small hot air balloon.

The second part of the festival was the Loy Krathong. On the first day I went to my hostel owner's village and made some of the largest fountain fireworks I've ever seen by hammering gun powder in bamboo tubes (a shout out to team Temple)...I have burn marks to prove it (we also sang karaoke with them). The next day we all made our own Krathongs and released them into the river and watched the street parade.

The krathong is a small floating offering about 20 centimeters in diameter. Traditionally this is made from the leaves and wood of the banana tree. The raft is decorated with flowers, a candle and an incense stick. People often leave a small coin in the krathong, and I heard that some go so as far as to leave a lock of the hair or even nail clippings. On the night of the full moon people will light the candle and the incense sticks and float their krathong down the river. As with the Khom Loy, this is a way that bad fortune can be discarded and made to float away. Thousands of these float down the river making for a beautiful and moving spectacle. At the same time, thousands of Khom Loy drift across the sky, so that the night sky mirrors the spectacle on the water. There are constant firework displays and a 5-6 hr festival, ensuring that all sensations are adequately overloaded. I released a few sky lanterns and my own floating krathong with some friends on the night of the festival. You light the wax, wait for the air to fill the balloon and when you feel it tugging with enough force, you release it to join the thousands of others in the sky ( most of the material is biodegradable). You are reminded that individually, you are unique and important, while also belonging to something collective and universal. Loy Krathong is not a religious festival. The launching of a krathong is a spritual gesture, a lasting tradition. The Thai people believe it will bring them good luck as these boats are gifts to the river gods. There is also a romantic slant to the festival - it is said that if a couple release a krathong together and it stays alight until out of sight, their love will last forever. Children, couples, families, and friends come together to release these special candlelit boats, making it a beautiful tradition to witness.

We (as in my hilarious friend and a few others for backup) finished up the night by making rap videos using the only Thai words we knew (toilet, cat, hello, etc.). A street vender even joined in, making it a masterpiece. 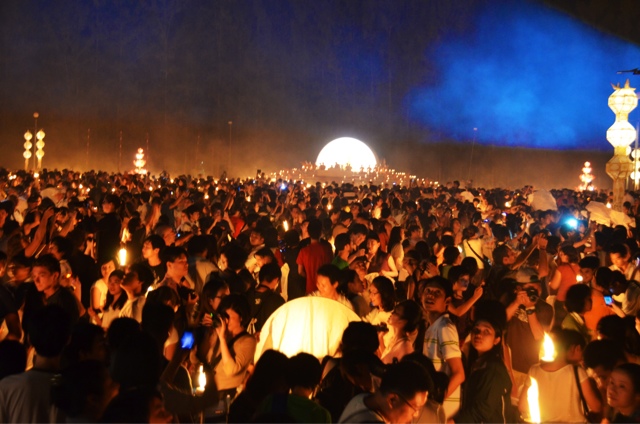 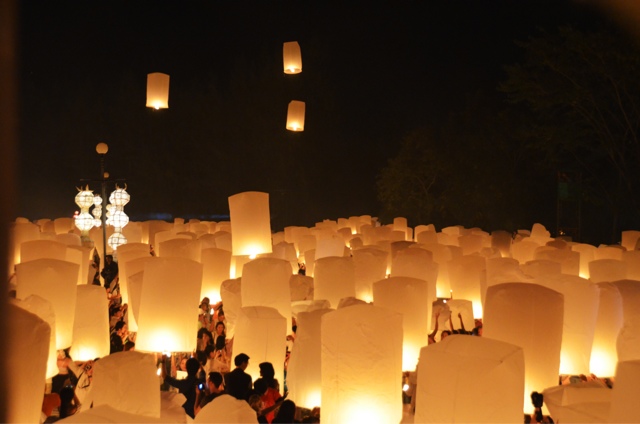 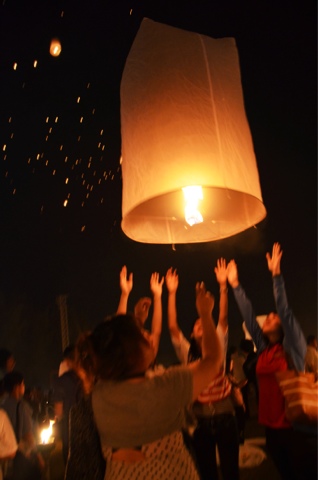 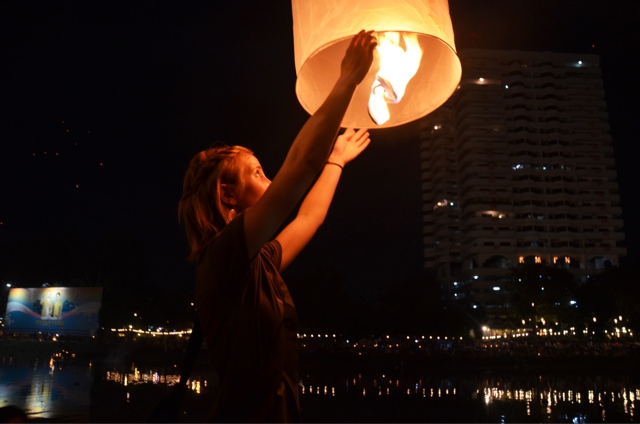 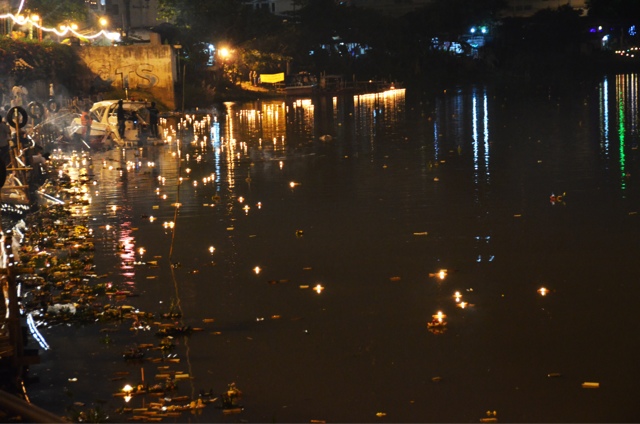 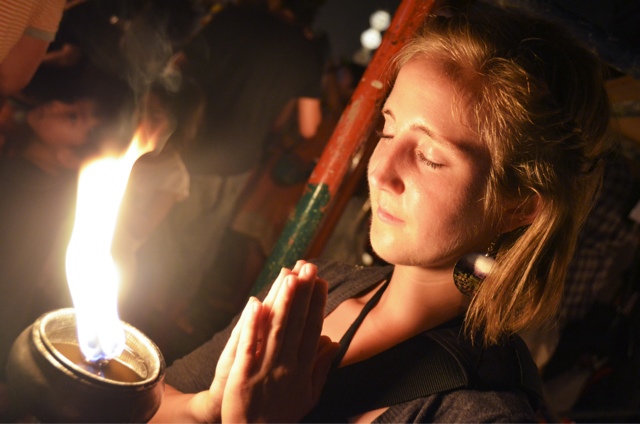 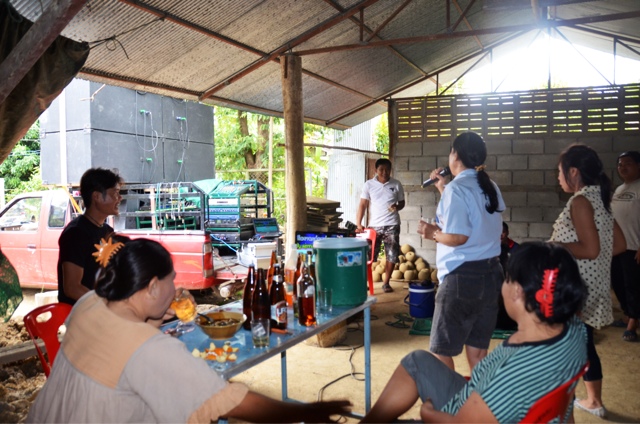 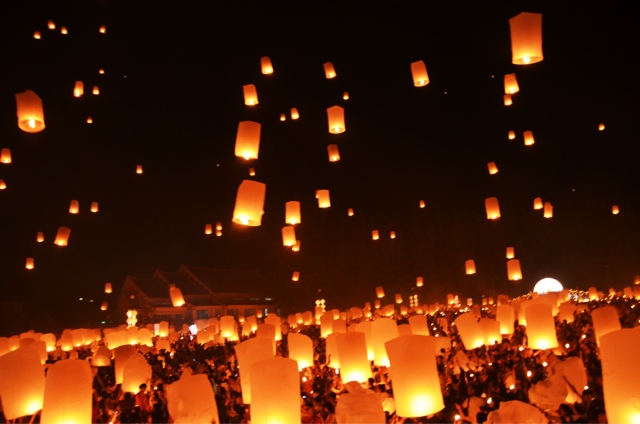 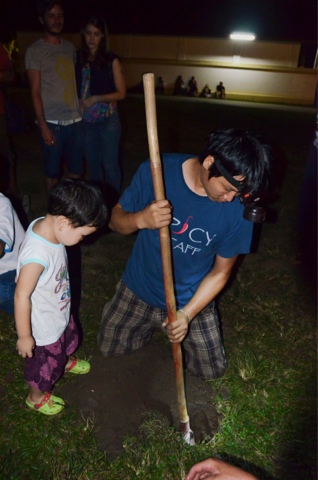 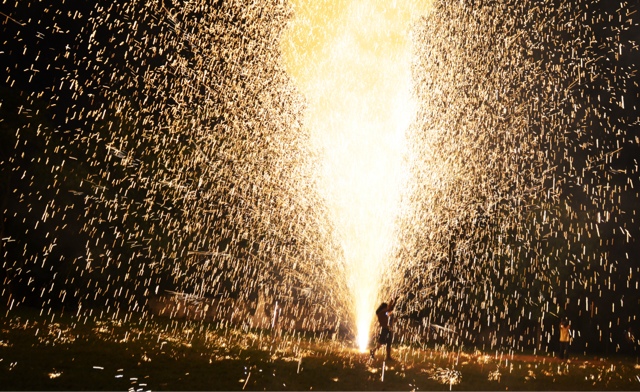 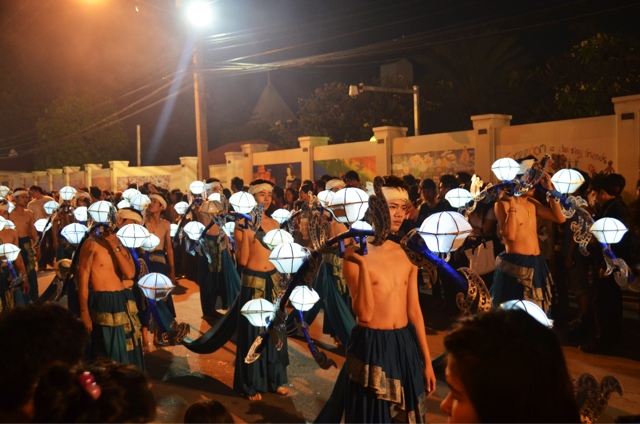 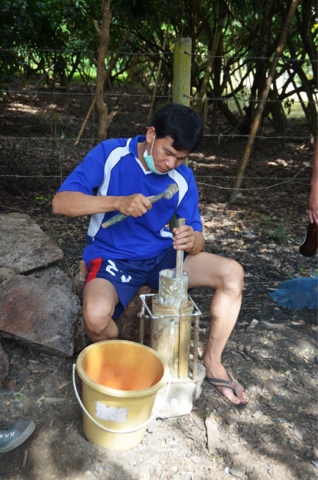 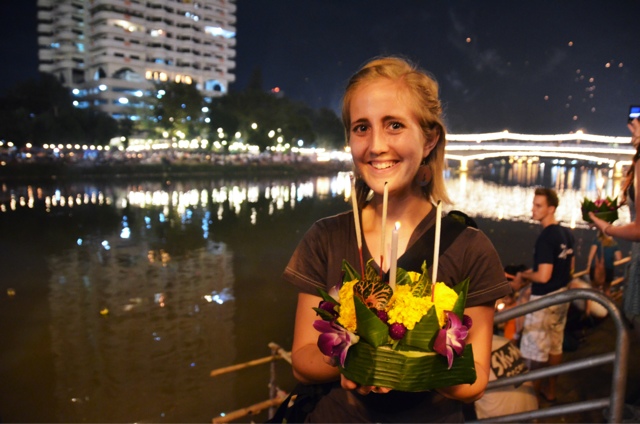 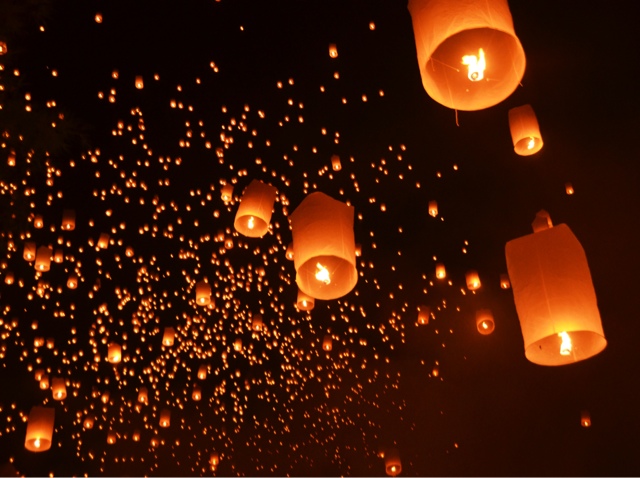 Email ThisBlogThis!Share to TwitterShare to FacebookShare to Pinterest
Labels: Thailand