If you take all the awesomeness of India, filter out the harassing rickshaw drivers, take away some of the litter,meat and alcohol, and add some hippy tourists and ashrams, you are left with Rishikesh, the yoga capital of the world. There are only a few places that I have come across in my travels that I could actually see myself living in and Rishikesh is one of them. Rishikesh is the kind of place that some people end up staying in for long stretches of time (many go on meditation retreats or get their yoga instructor certification), and others return to again and again. There is a feeling in Rishikesh unlike anywhere else. The vibe is both relaxed and reverent and consequently attracts genuine Hindu devotees and gurus as well as western hippies and spiritual dilettantes. Most tourists that I came across were passionate, compassionate, and spiritual people that commonly used phrases like "purifies the earth" and "positive energy" while adjusting their dreadlocks. Rishikesh was not having my initial plan to stay for only three days so it latched onto me like a treehugger and one week later, there I was, still watching the sunset overlooking the Ganges at Little Buddha Cafe after Hatha Yoga.

Two pedestrian bridges, stretching over the Gange River connect the main tourist areas. Lakshman Jhula is the smaller bridge, but still it teems with foot traffic, scooters and monkeys. Cafes on both sides overlook the river and one of the most scenic spots in town. From here, Rishikesh winds its way along both banks of the river, at the bottom of a narrow valley. The east side is almost free of car traffic and most importantly harassing rickshaw drivers. A walk from end to end takes about an hour, and passes sadhu huts, parks, and scores of small shops and stalls selling clothes, gems, spiritual souvenirs, Hindu religious icons and snacks. I was told that because the Kumbh Mela was going on (the biggest gathering on earth and only happens once ever 12 years) the city was quieter and less crazy than normal and I was okay with that.

Rishikesh is a health-conscious vegetarians paradise and has some of the best food I've ever eaten. Being a place of religious significance, it is strictly vegetarian and alcohol stands no chance amidst the spiritual highs. I made a commitment to not eat meat for two months (still going strong) so it was nice to escape the oily curries and thali train for a bit and delve into some fresh fruits and vegetables (Rishikesh is much cleaner than the rest of India so eating fresh food wasn't a problem, like the S). I became a regular at a mini cafe overlooking the Ganges where they specialized in muesli fruit salad, masala chai and fruit filled samosas. The muesli fruit salad was orgasmic; I would be lying if I told you I didn't have dreams about it. Every bite was worth the one hour walk it took to reach. The outside floor seating area lined with pillows was about the size of a king size bed and attracted a young crowd where I easily got sucked into half day discussions. Equally as addicting was the vegetable platter at Little Buddha; for $3 (which is an incredibly expensive meal in India), I had the most gratifying seasoned vegetable platter of my life (plus they played amazing music I.e. Gregory Alan Isakov, Hindi music, Radiohead, Pink Flloyd....I could go on).

I've never been too keen on yoga (I'm much more of a cardio and Pilates gal myself) but since I was in the yoga capital of the world I thought, "what the heck." After my first class of boot camp yoga (see India blog 11), I found Yogi Dinesh. Perhaps it was because my body craved exercise (and peace) after not having any consistency in the last 5 months, but I actually enjoyed practicing every day; shoot, I'd even look forward to it. I joined Yogi Dinesh's advanced Hatha class to push myself and a challenge it was (my nickname was "slowly, slowly"). After years of trying to force myself to see the benefits that others raved about, I finally had a glimpse. Yoga is more than stretching and Gumby postures. It forces you to clear your mind, be in touch with your body (literally and figuratively), and focus on your breathing. Who knows if I will continue back home but at least now I'm open to it. 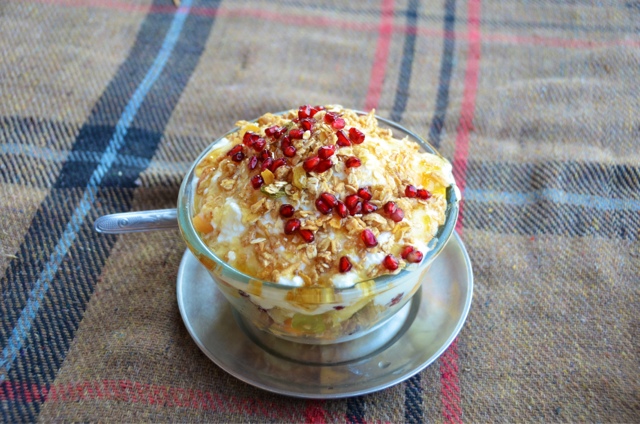 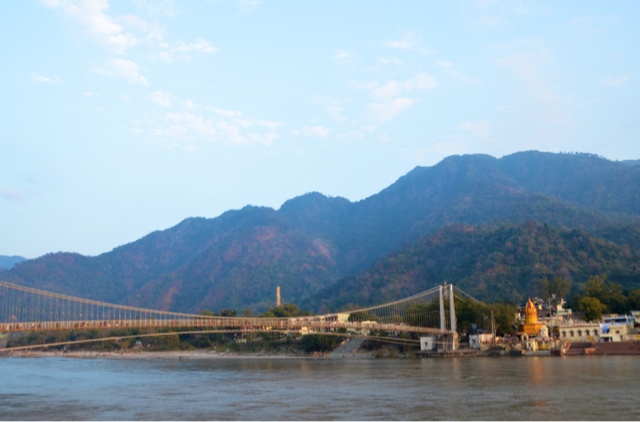 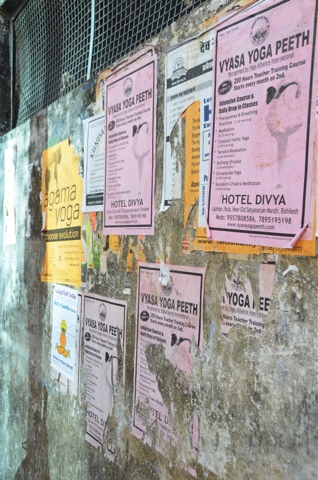 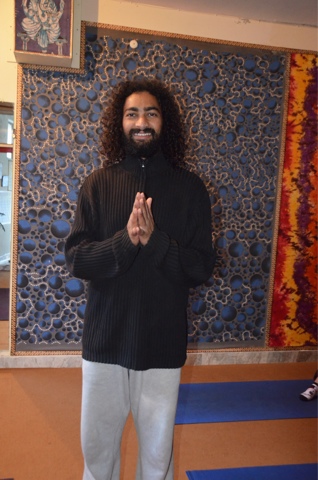 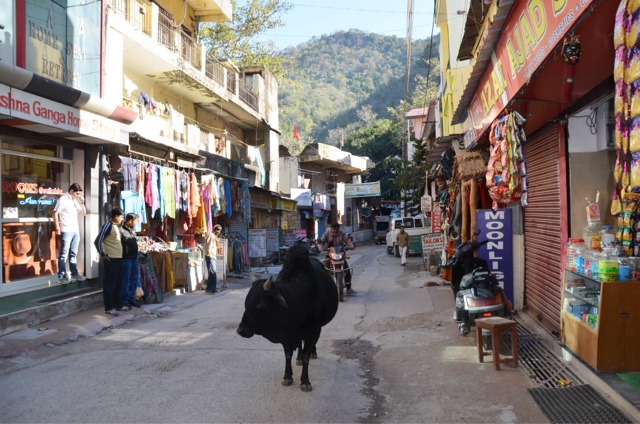 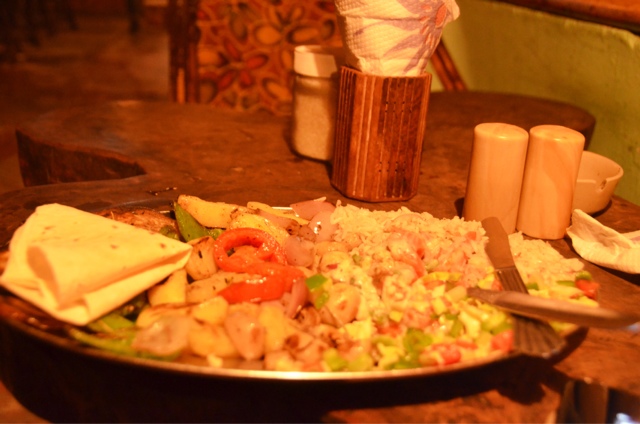 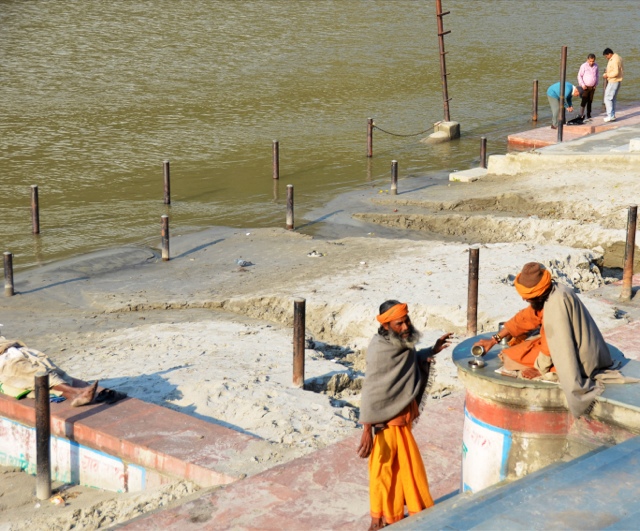 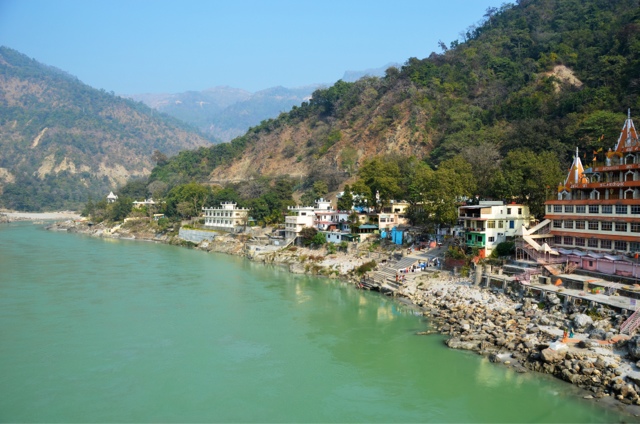