Once I had confirmed my new flight I fled Mexico City to Taxco, quite possibly my favorite city in Mexico. This city is picturesque in a very traditional Mexican way—white stucco buildings with red-roof tiles placed on a steep hill of winding cobbled streets, antique churches and romantic little plazas overlooked by bougainvillea-laced balconies. It was once a silver mining town but is now known for its silver crafts. Bonus: I was able to stock up on avocados, strawberries, mangos, and sandals (only one pair) at the market. My first night a crowd of male cross dressers, zombies, dinosaurs, drummers, horn players and a giant panda danced through the streets for reasons unknown to me so obviously I joined them. It was nothing short of awesome. I then headed to a taqueria only to have an older Mexican man serenade me and then buy my tacos. It was already off to a great start.

The next day I walked up the steep hill to the statue of Jesus that overlooks the entire city. It was so beautiful that I couldn't help but to run up to it the next 2 nights in town. I had flashbacks of nights in Grand Junction (my hometown), watching life signs of the city from the monument.

Grutas de Cacahuamilpa is one of the largest cave systems in the world, and the reason why SC was able to convince me to go to Taxco (he met me there 1 day later ). Although the high ceilings and diverse formations were impressive, I mostly felt sad. A sidewalk for tourists ran through the interior of the cave, rocks were removed to give it a cleaner look, and the multicolored lights made the formations look like pop celebrities at a concert. For one, I felt like the integrity of the cave was lost, like it got plastic surgery for all the wrong reasons. Secondly, for me the best part of caving is the thrill of discovery (I'm not talking about discovering that your tour guide thinks that that rock looks like Santa Claus) and this cave clearly couldn't offer that.

I had my last tacos with SC and the other girl in our hostel in Mexico City and finally caught my flight (37 hours of travel time) to Argentina!!! 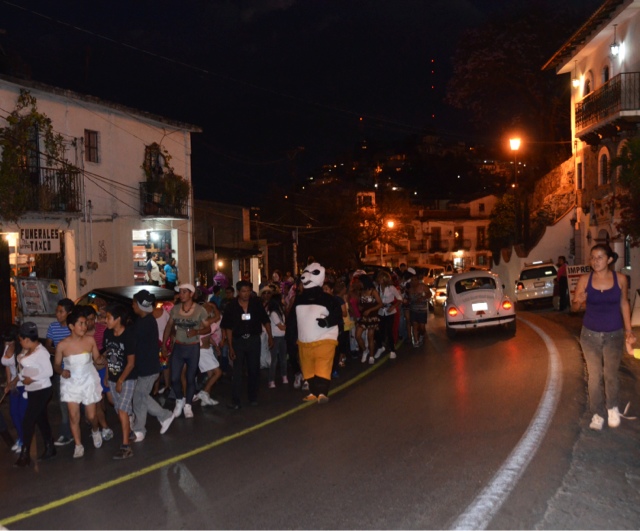 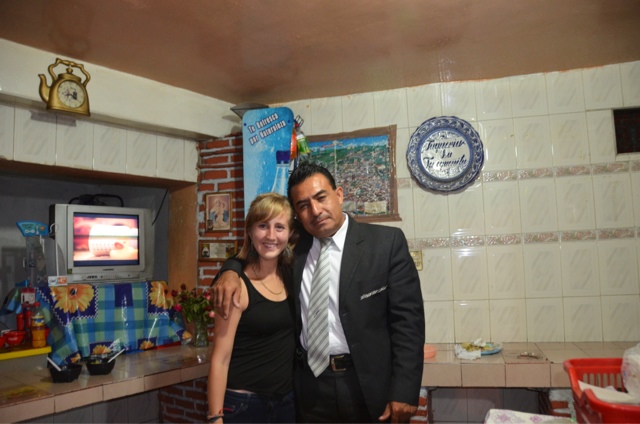 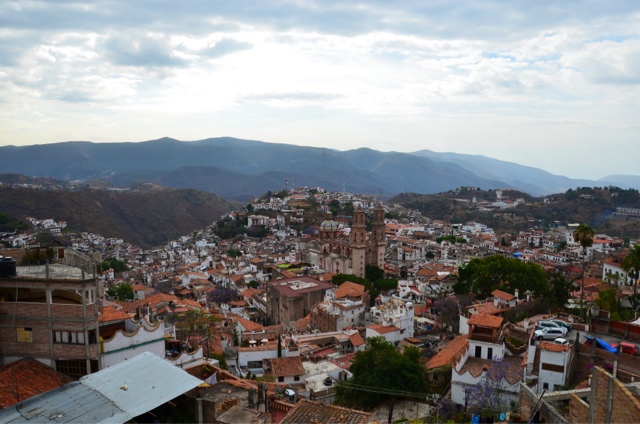 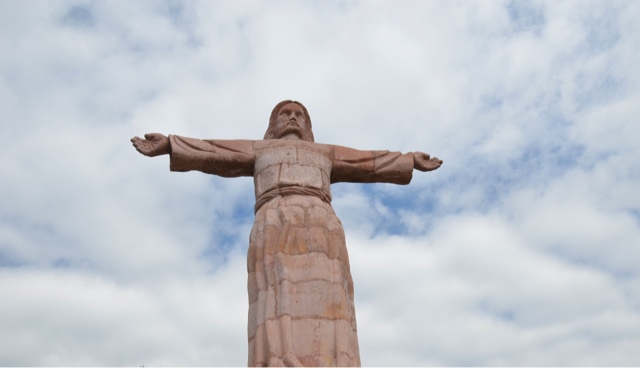 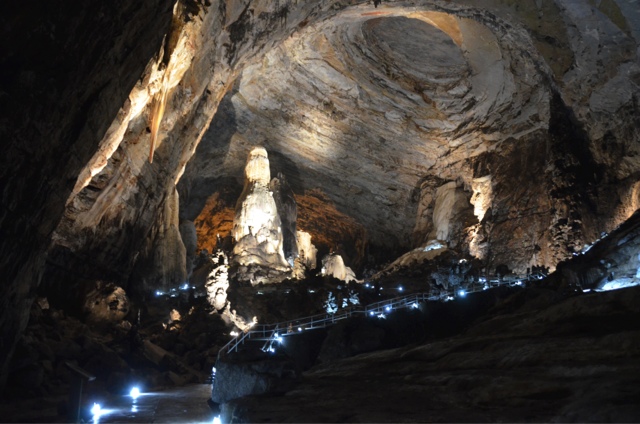 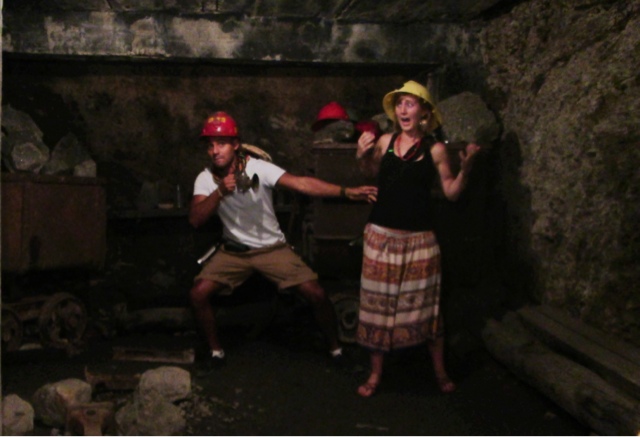 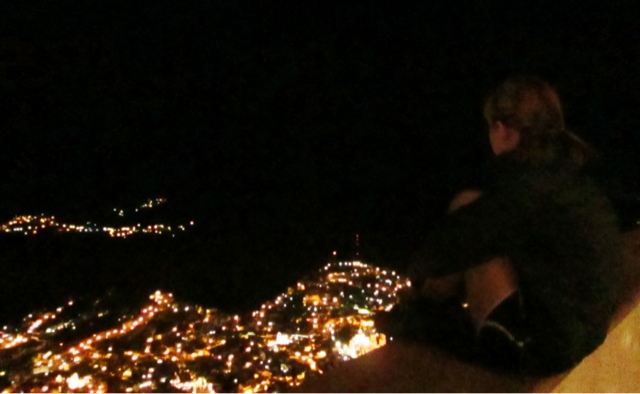 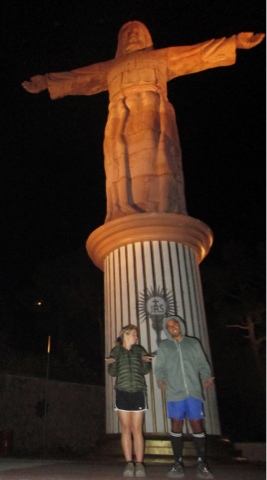 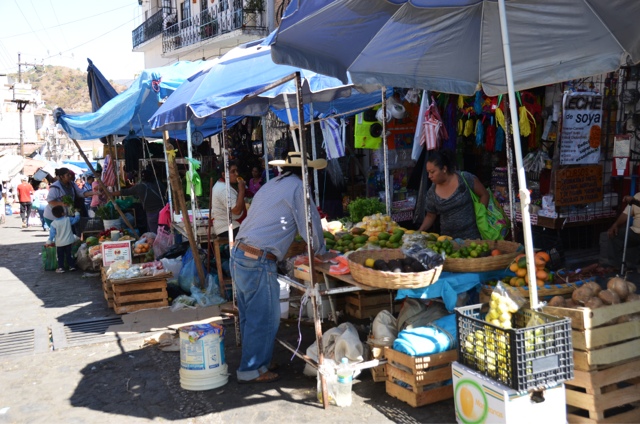 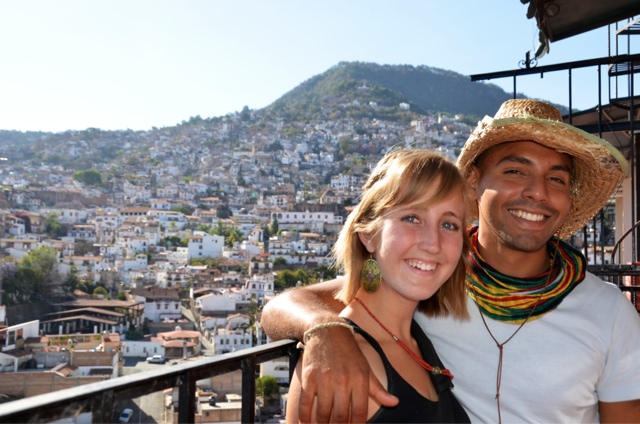