So much happened in the 2 week expedition I don't know how to do it justice. We entered around 25 caves, surveyed over 7 km and had the time of our lives. I was obviously the rookie of the group and it wasn't hard to believe the experienced cavers when they told me that this trip spoiled me rotten. Some cavers wait their entire lives to explore the amount of virgin borehole that I got to on my first real spelunking trip. I wasn't quite sure how I would react to being in a cave for as long as 12 hours at a time but the experiment had excellent results. I don't know if it is possible to convey the feeling of walking on land that most likely no one has ever walked on before in words. To discover something new in this day and age is truly remarkable. There is a common misconception that all caves are cold and consist of nothing but tight crawl spaces. This theory was debunked when I felt rivers of sweat run down my face mere minutes after moving through the spacious passage upon entering the first cave. I was sweaty and anything but petty. However, bats, bugs, mud, and some tight squeezes are right on the money. If you have any reservations about getting dirty, caving is not the activity for you. Some people vacation to Mexico to get a tan; I got a dark tan every single day, the problem was that it would always wash off in my hose and bucket shower (my number 1 priority).

The most notable cave (where we spend 4 days) is temporarily named "roadside" because it's on the side ...of....the ....road. Clever, I know. This spacious underground novelty was full of surprises. From the wide open "sand room", to the tiring climb up the "breakdown pile" and all the way to the "pretty room," this cave was quite the find. It was in this cave that my dad and I dabbled into cave photography. These were, by far, the most challenging photo shoots of my novice career. The harsh, lightless environment made it so I only saw a black screen when composing a shot. We used a combination of my dad's headlamp and handheld flashes fired during time exposed shots. Trial and error, trial and error. Although, they don't do the cave justice, they are a step up from what a point and shoot could do.

The other memorable cave was "Rio Cave." From the name, it comes as no surprise that a river flowed through nearly the entire cave. This was no pansy creek, it was a full on swim against the current...while surveying. We would swim to a station (hoping to find a ledge to sit on), shiver, swim to another station, shiver and then swim to another station. It reveled as my favorite cave because it was anything but easy. Our helmets, shoes and gear would weigh us down as we paddled with all our might. When we finished we couldn't have been more exhausted and satisfied.

We filled the rest of the days exploring caves like jet cave (it was described to us as sounding like a jet engine), wild goose chases of hiking in sticky mud through thick forests, scoping out other towns in the area, crawling through bat feces and snakes in Raphael's "enorme" cave, manatial cave, 2 more optometry clinics (one in Piedra Ancha and one in Tuxtepec), and a short hike to a cave with an ancient wall.

There was no way we would be able to find so many cave entrances in the limited time we had there so we trusted 3 locals to guide us to caves in the area to explore. Many caves ended up not being worth entering but you win some and you lose some. The guides were part of the team, they were in there getting dirty and cracking jokes like everyone else.

The people in the village couldn't have treated us better. I say village because there couldn't have been more than 400 residents (the closest thing to a restaurant or grocery store was a store in a woman's front yard that sold chips, pop and beer). Several families hosted us for dinner and one woman decided to be an entrepreneur and have delicious food ready for us by the time we came home a couple of times. I made a habit of embarrassing myself with my lack of Spanish and basketball skills with the neighborhood kids every night. Beyond that the local teacher, who spoke minimal English, would awkwardly make passes at me any chance he got. On Dia De Amor, the children gathered in my front yard to invite me to their school Valentine's party. Unfortunately, I had to decline because I had plans to hike to a cave, but it wasn't easy. 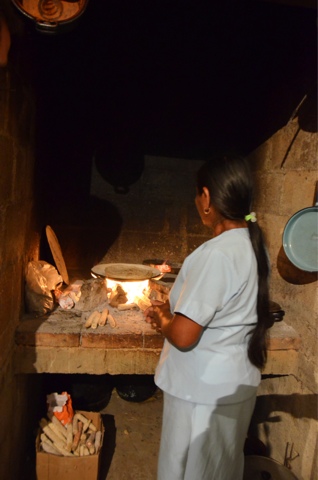 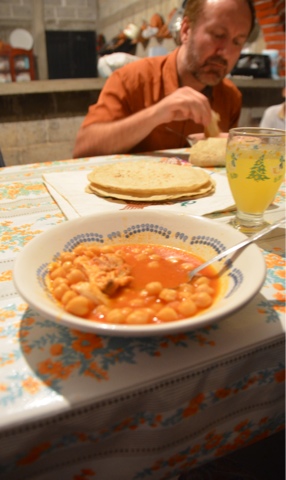 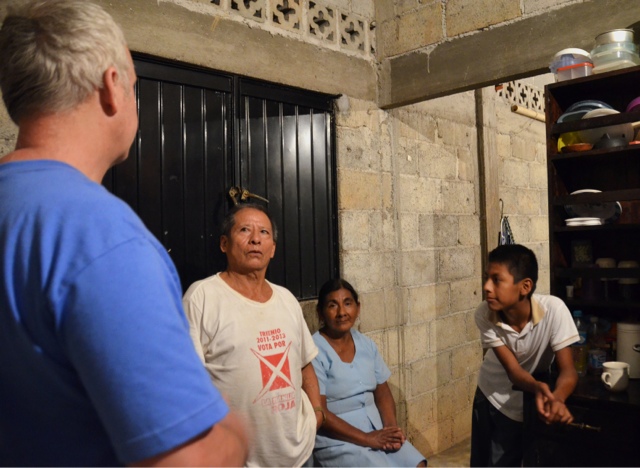 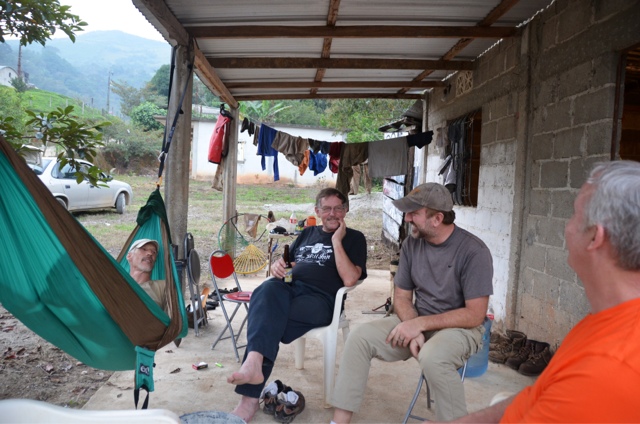 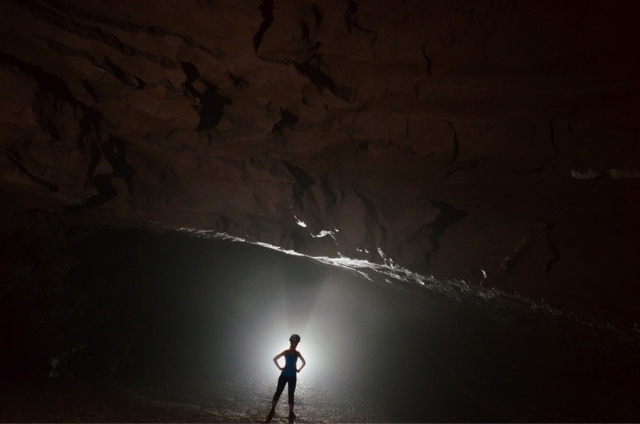 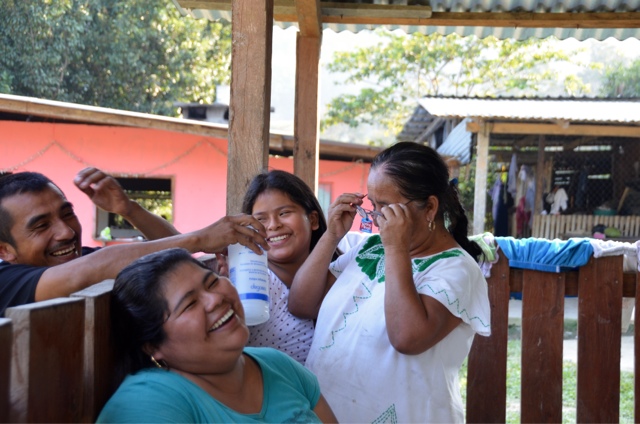 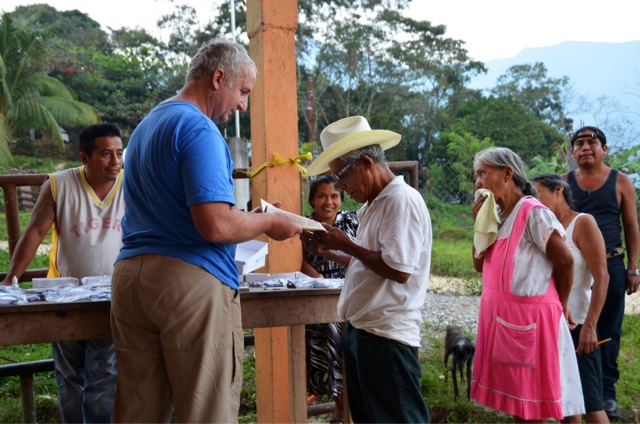 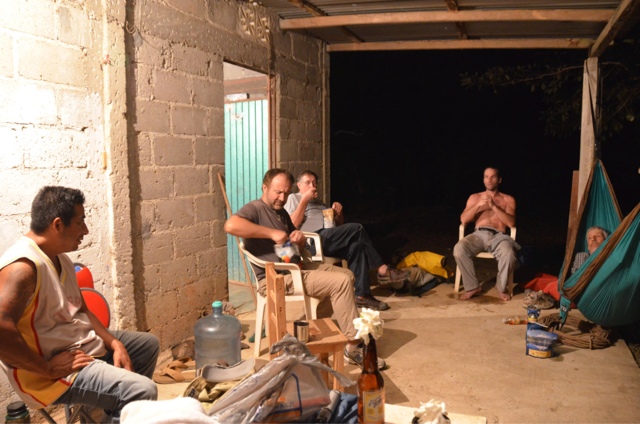 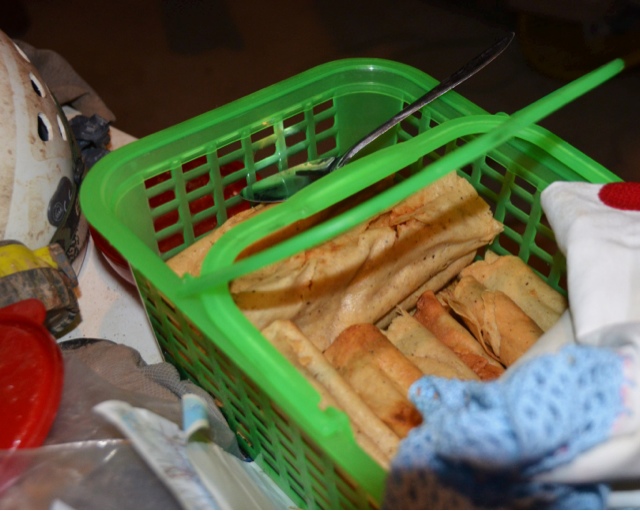 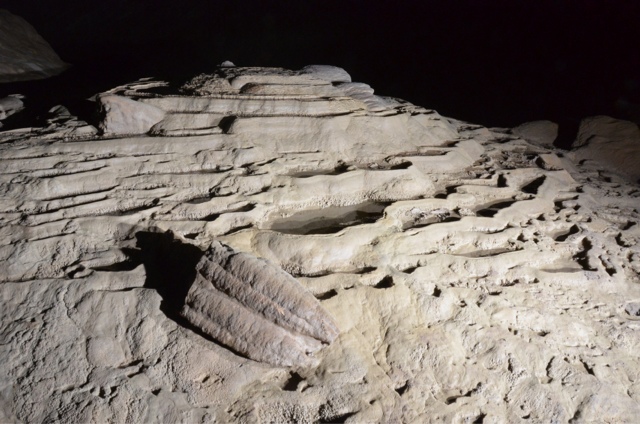 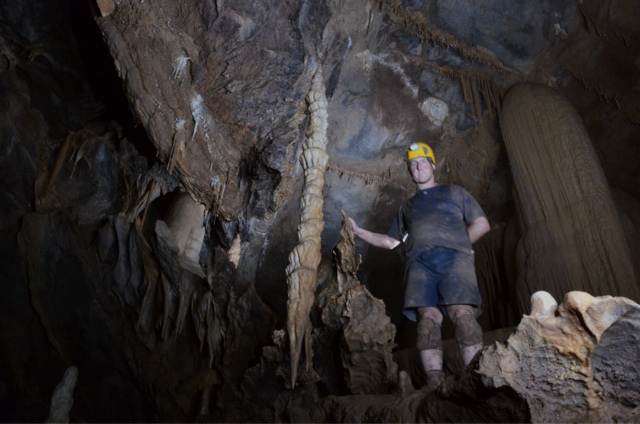 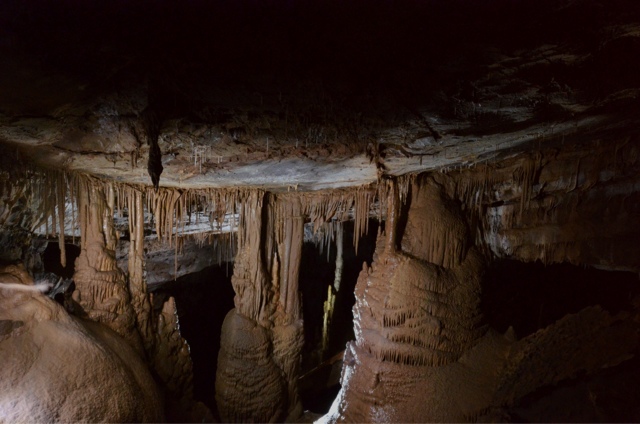 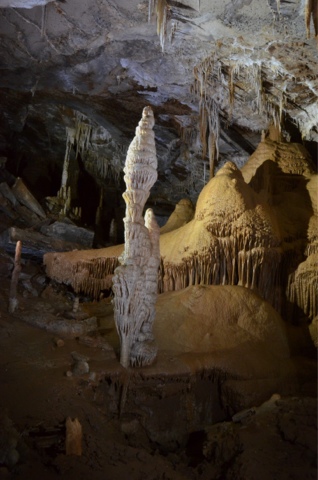 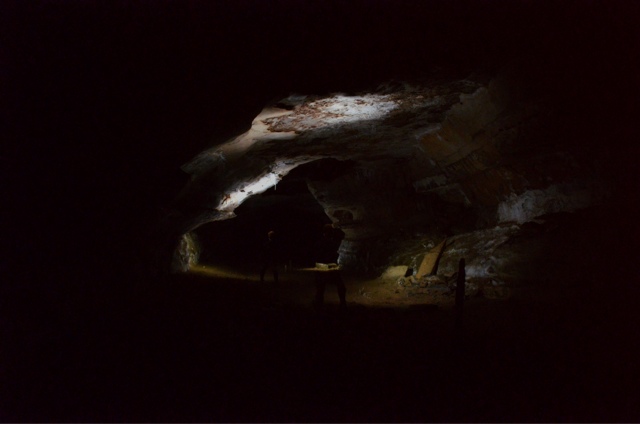 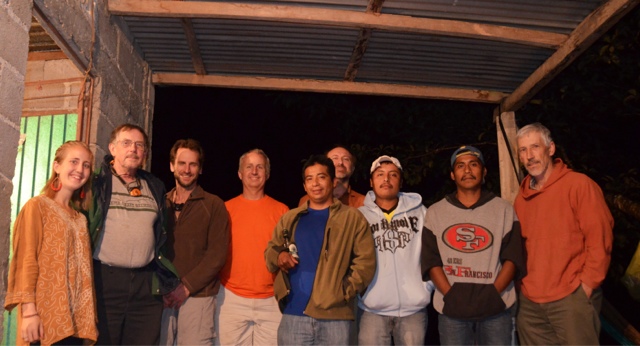 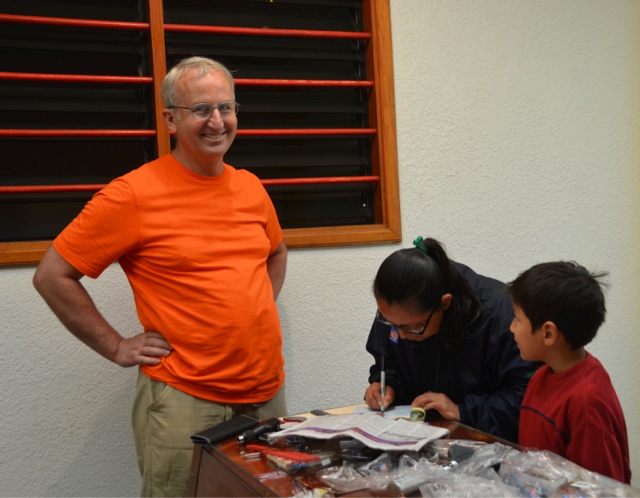