A 25 hour bus ride (where we saw llamas and ostriches out the window) brought us to the teensy town of El Chalten, AKA the hiking capital of Patagonia. Despite the windy weather, some friends from my hostel and I hiked to Fitz Roy mtn. No, we are not standing in front of a poster, it is the real deal. The last bit of the hike was a never-ending trail of up; the people heading down gave us questionable looks when they saw us trucking to the top in shorts and t-shirts as it started snowing. Lakes, rivers and, glacier melt eye candy as far as the eye could see. Fantasy land.

The next day we decided to brave the wind and set out for Laguna and Cerro Torre. When we passed the halfway point we found ourselves going head first into an enormous storm cloud. Ordinarily I would be all for pushing on but Patagonia is a whole different ball game. Once we stepped into the exposed land it was nearly impossible to put one foot in front of the other. Defeated, we were not. The day was well spend with quality people and rainbows.

I had noticed that I was a lot less social in S America, perhaps because I had the safety net of another person. I made a conscious effort to break this streak in El Chalten because, frankly, I missed people.

B Burt wasn't keen on battling the weather so he kept cozy in the hostel and studied English the couple days we were in town. This made me a little nervous about his condition during our upcoming trek in Chile but I figured we'd cross that bridge when we come to it.

An Argentinian that we had gotten to know at our hostel who was also heading to El Calafate and kindly let us join him (via his car). It was sad to say ciao to such a charming place but my infection had made another appearance so I was under strict orders to get some tests done in a city with the facilities to do so (de nada mom). 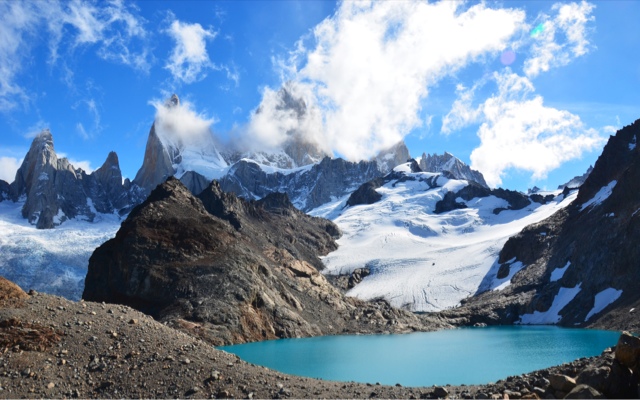 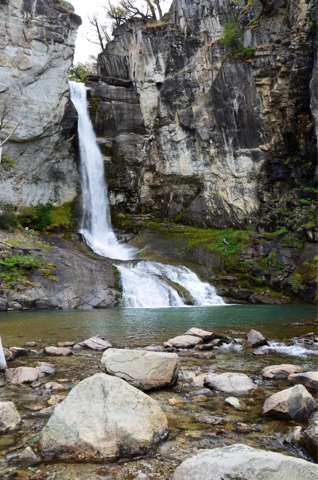 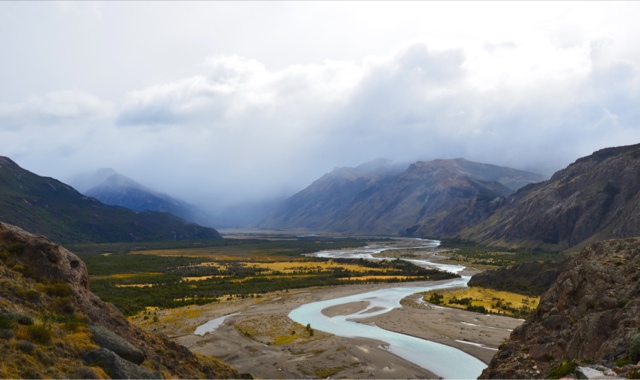 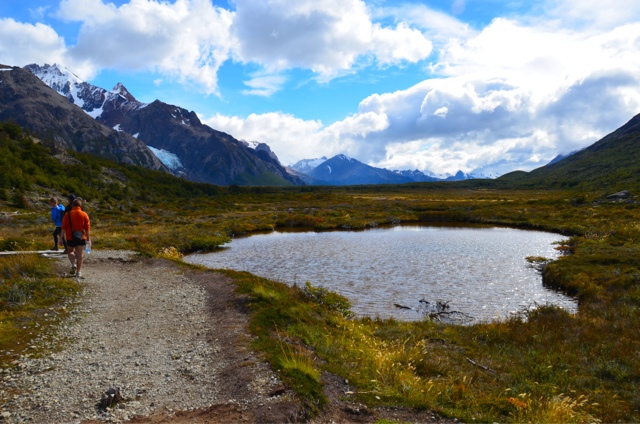 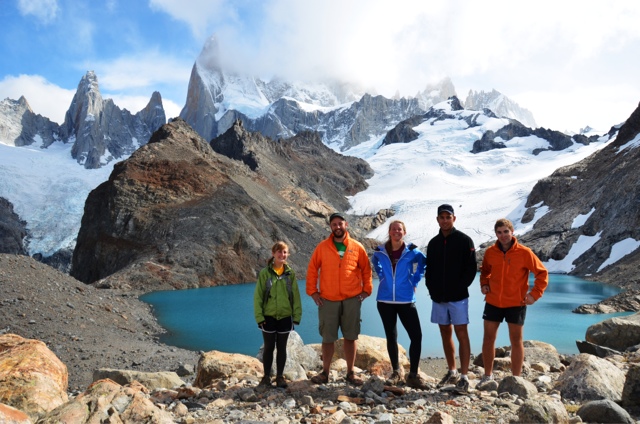 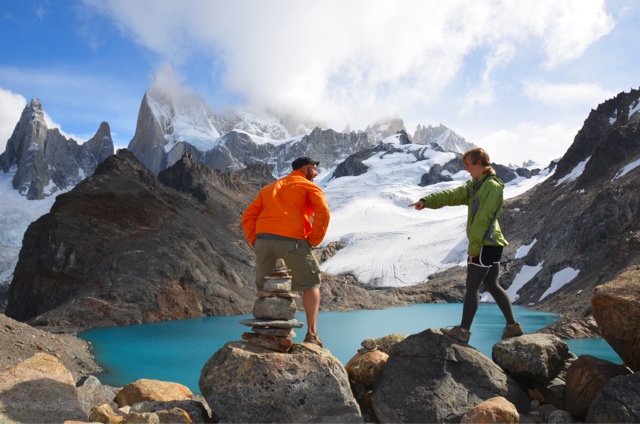 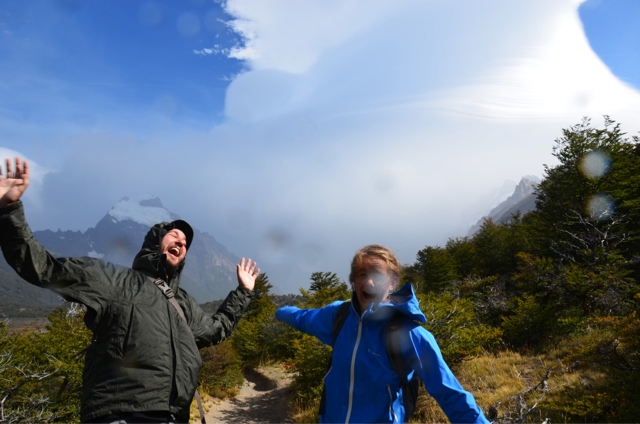 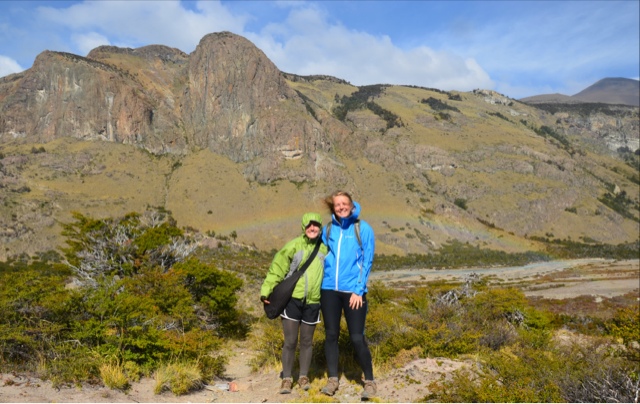 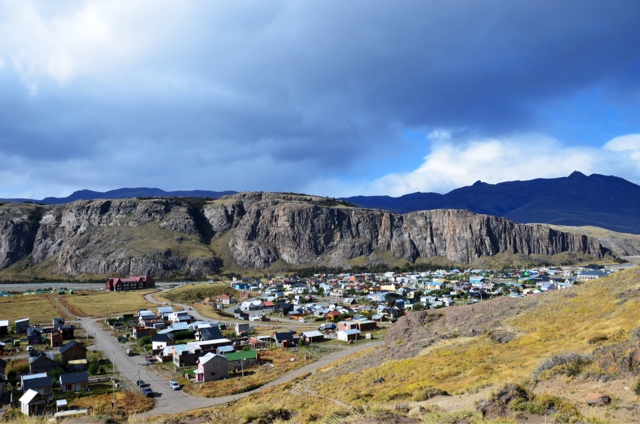 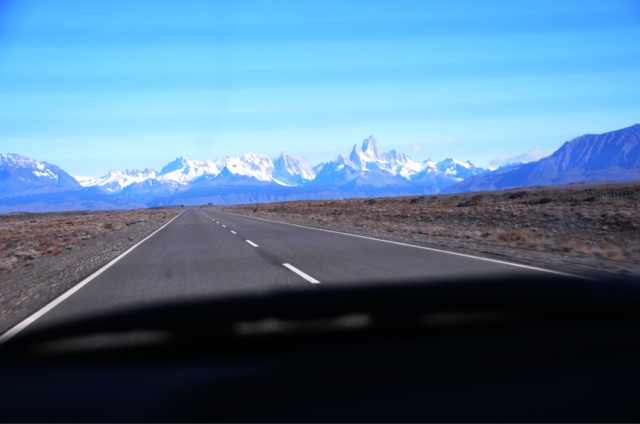 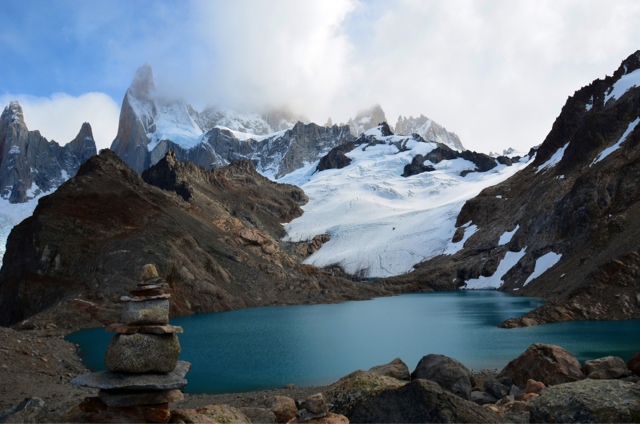